SINGAPORE - A warehouse assistant assaulted two sex workers after refusing to pay the women for their services. Abdul Rahman A Karim also attacked a third woman in a hotel room after she changed her mind about having sex with him.

All three assaults took place on separate occasions in the last two years.

On Wednesday (May 15), District Judge Christopher Tan sentenced the 35-year-old Singaporean to six months and four weeks in jail after he pleaded guilty to three counts of assault.

The women, who are also Singaporeans, cannot be named owing to a gag order from the court to protect their identities. 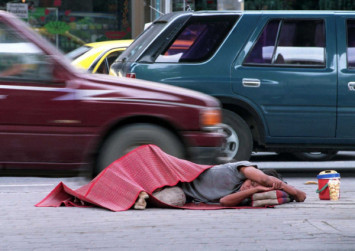 The court heard that Abdul Rahman contacted his first victim, a 21-year-old pub singer, in November 2017 after she posted on online classified advertisement network Locanto that she offered sexual services for cash.

After agreeing to pay $800, he met her at the void deck of a block of flats on Nov 29, but told her he had forgotten to bring the money.

Still, she followed him to a staircase landing between the 11th and 12th storeys where they had a dispute after he kissed her and she pushed him away.

Deputy Public Prosecutor Sarah Ong said Abdul Rahman became angry and punched the woman repeatedly before running away. She called the police and officers arrested him the following day.

While out on bail, he met the second victim, a jobless 32-year-old woman who was not a sex worker, at a Geylang hotel around 10pm on Jan 30 last year.

He attacked her when she changed her mind about having sex with him. After calming him down, they had sexual intercourse and she called the police when he left the room. Court documents did not say what happened subsequently.

In July last year, the third victim, an 18-year-old student, posted an advertisement on Locanto stating she was "selling" her virginity to the "highest bidder".

He offered to pay her $5,000. They met at Aljunied MRT station around 5pm on Aug 20 and checked into a nearby hotel room.

When she asked for the money, he said he would pay her after they had sex. She pushed him away and he retaliated by punching her repeatedly.

She ran out of the room and a hotel guest, who heard her cries for help, came to her aid. The teen stayed in the woman's room until Abdul Rahman left the hotel. The police were then called.

For each count of assault, he could have been jailed for up to two years and fined a maximum of $5,000.