'We did not expect high number of cases': Telemedicine providers stretched thin as more people go into home recovery for Covid-19

SINGAPORE - Private telemedicine providers here have been tapped to reinforce the Ministry of Health's (MOH) handling of Covid-19 patients on home recovery, but many said they are stretched thin and face an influx of calls, with some patients waiting up to an hour to see a doctor.

There are at least nine telemedicine providers - including MaNaDr, MyDoc, Speedoc, and Raffles Medical - that are currently supporting the thousands isolated under home recovery and quarantine order, tapping mobile apps and video technology.

Their role includes screening patients virtually to confirm that they are suitable for home recovery, providing teleconsultations, delivering medication, and in-person swabbing.

While many of the providers are familiar with attending to Covid-19 patients - having supported recovering migrant workers in similar teleconsultations since last year - many said they did not anticipate the flood of local cases over the past two weeks as Singapore battles a large wave of community infections.

MaNaDr's founder, Dr Siaw Tung Yeng, said the provider's list of patients has been growing by several hundred each day since it started home recovery work on Sept 17.

Since Sunday (Sept 26), more than 500 patients who tested positive and had not heard from the authorities have joined the app to request teleconsultations. 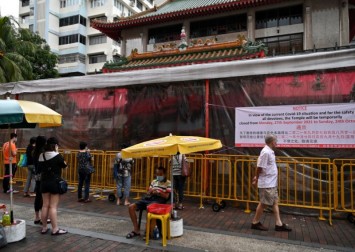 So far, MaNaDr has been taking care of more than 2,000 people on home recovery, and expects to do 6,000 teleconsultations by the end of this week, added Dr Siaw.

MyDoc director of clinical operations Matthew Lee said the platform's service has contacted at least 600 patients and their families and that getting manpower to support 24/7 operations has been a challenge.

"We definitely did not expect the high number of cases that came in initially," said Dr Lee.

He added: "We saw many patients who were unsure of what to do after being diagnosed. Our doctors had to spend a longer time with each patient to address all the concerns, while other patients are in the queue."

The faster-than-expected rise in local Covid-19 cases as home recovery was made the norm on Sept 18 meant the authorities had little time to fully scale-up their resourcing, which led to criticism from some patients that they were left with inadequate support.

Health Minister Ong Ye Kung acknowledged "teething issues" with the programme last Saturday (Sept 25), and said the system has been ramped up with the help of public and private agencies.

Last week, the Ministry of Health (MOH) said patients who have not yet heard from the authorities can approach telemedicine providers for assistance at no charge if they feel unwell.

With cases numbers remaining high, MaNaDr has been getting an influx of video consult requests throughout the day, with numbers peaking after dinnertime, said Dr Siaw.

Depending on each patient's symptoms and needs, patients have to wait between a few seconds and an hour to receive a call.

Read Also
Covid-19 home recovery FAQ: Who is eligible? Will members of the same household members have to stay home? 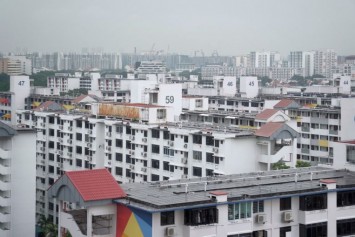 While thousands are now getting used to teleconsultations, patients who spoke to The Straits Times said their experience has been mixed.

A patient in her 30s who wanted to be known only as Ms Wong was assigned to a telemedicine provider, but she said the service seemed to be stretched thin.

She declined to reveal the name of the provider.

"I feel sorry for the doctor who was obviously overwhelmed. He came across to me as disoriented... I didn't want to take up resources so I didn't contact him again during my home recovery.

"Even though we understand (telemedicine) to be a service for us, we got nothing out of it. No medication was offered even though I reported several symptoms."

Ms Wong, who works in shipping, said she has been self-medicating to take care of her symptoms.

"Throughout my whole home recovery journey, they have rendered the most help, and answered all my queries.

"But their hands are tied by MOH policies and decisions. The doctors did their best for me, and were even willing to call me up at late hours," said Ms Tan, who works in the pharmaceutical sector.

Home Recovery is now the default care management model for majority of COVID-19 patients. This enables them to recover...

Posted by Ministry of Health, Singapore on Friday, September 24, 2021

For telemedicine providers, one key challenge has been onboarding some new patients who are wary of being scammed.

A spokesman for Doctor Anywhere, one of the telemedicine providers, said: "We've been told that patients received Covid-19-related scam calls, and this caused some distrust and suspicion in patients when our team made the first call to them."

MaNaDr's Dr Siaw said others had low trust in providers because they had spent days waiting for calls and could not reach MOH hotlines. They were doubtful that the service would stay with them throughout their recovery, he added.

One of the top concerns among patients is the worry that they might infect their family members, with some insisting that they be taken to a community care facility.

"If sharing the bathroom with family members is a concern, we would tell them how to properly wipe down the toilet seat, for instance," said Dr Siaw.

Speedoc chief executive Shravan Verma said: "It's also the PSLE period now and if the isolation orders affect the exam-going kids, parents can get even more panicky."

But most of the patients are thankful for the telemedicine support.

Dr Verma added: "Patients are very grateful when we call them to touch base. Most of the patients have faced long waiting times, but they have seen the numbers on the news, and understand MOH's constraints. They are frustrated, but all of them have thanked us for contacting them, and most are coping well."

To meet the demand from those on home recovery, providers have been working to scale up their operations both by adding and also redeploying doctors.

MaNaDr now has a pool of 70 doctors helping with home recovery telemedicine. Some are full-time doctors with the provider, while others have their own clinics and will dive into video calls after work, or in between seeing patients.

MyDoc has also scaled up quickly by tapping its pool of doctors to assist with teleconsultation work.

More private healthcare and telemedicine providers will also be offering telemedicine services to home recovery patients in the coming days.

For instance, home care service Homage is among the providers under official consideration to support the home recovery scheme, while Edgedale Medical Clinic will be joining the scheme soon.