'We did not see the urgency': Grief, regret after mum-in-law dies from Covid-19 just days before vaccine date

The 80-year-old had medical issues and her doctor eventually gave her the green light to get vaccinated in May. But she did not think it was urgent, and neither did her family.

They finally arranged for her to be vaccinated at her Ang Mo Kio flat late last month, but she never got her jab.

She died from Covid-19 complications last week after testing positive on July 23, days before her first jab was scheduled.

Over the last few days, Ms Sylvia Teo winced whenever she heard news of a Covid-19 fatality, which served as a reminder of the death of her mother-in-law, whom she would name only as Madam Tan.

Speaking to The New Paper yesterday, Ms Teo said: "Never once did I think it would hit so close to home, and that we would lose a family member to Covid-19."

The 47-year-old housewife added: "Looking back, I really regret not pushing my mother-in-law to get vaccinated when she was eligible in May.

"She complained of some aches and did not want to get jabbed due to a possible ache in her arm, and we did not persuade her like we should have."

Madam Tan, who has three sons and a daughter, had a history of diabetes, hypertension and atrial fibrillation - a heart condition that causes an irregular and often abnormally fast heart rate.

Alert and responsive, she did not seem to be in any danger initially. 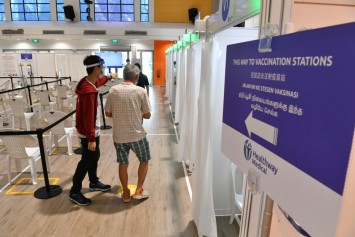 Said Ms Teo: "My husband and I were hopeful that she was going to recover when we visited her on Aug 6.

"Even though we could only see her through glass screens and talk to her via the intercom, she was responsive and even gestured to us."

The couple had planned to visit the elderly woman the following afternoon but was awoken by a call from the doctor on the morning of Aug 7.

"I remember it was 9.20am when we received the call saying that her oxygen level had dipped and her condition had suddenly become worse.

"Before we could process anything, a second call came 10 minutes later telling us that she was gone," said Ms Teo.

Madam Tan had visited Chong Boon Market and Food Centre with her daughter on July 7 and both later contracted Covid-19.

Chong Boon Market and Food Centre was one of the market clusters linked to the Jurong Fishery Port cluster, which has had 1,151 cases as of yesterday.

Madam Tan's daughter, who is fully vaccinated, had only mild symptoms and has since recovered.

Madam Tan's husband died more than 30 years ago, and she was living with her eldest son before her death.

Her funeral was held on Wednesday and Ms Teo is thankful the entire process went smoothly.

She also paid tribute to the team that treated Madam Tan.

Read Also
Waiting for your 2nd Covid-19 vaccine dose? You can now opt to bring your appointment forward 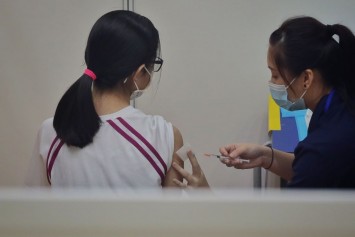 "I cannot thank the doctors, nurses and social workers at the National Centre for Infectious Diseases enough for looking after my mother-in-law over the past few weeks. They did so much and we really appreciate them," she said.

The family is still coming to terms with Madam Tan's sudden death, and the tragedy has served as a reminder that being complacent about the pandemic can be extremely dangerous.

"Previously, my family did not feel too afraid of Covid-19. But we now know that Covid-19 is a very real thing," said Ms Teo, who encourages others to get vaccinated.

"When cases are reported each day, people may see them as just numbers. But they are not, and that is why we should always be on high alert."

She added: "We could have just insisted and took my mother-in-law to a vaccination centre to get her jabbed immediately.

"But we did not see the urgency, and that is my regret."