Whenever climate change enters a conversation, it can go two ways. One, discouragement that little can be done; or two, a passionate cry to gather troops in an effort to have more people take action.

In light of Earth Day and the Singapore Green Plan 2030, the question remains: what tangible steps are needed to tackle something as monumental as climate change in tiny Singapore? The answer may be found in the work of Singapore’s climate change activists.

Some say, despite learning about global warming in school, it hasn’t instilled the realisation of how dire the climate crisis really is.

Yang's advocacy is focused on sustainable living and she communicates complex issues into bite-sized posts on Instagram. For example, the above post explains the environmental impact in choosing local produce, and also how eating less meat can have an effect on the nation's carbon emissions.

“They don't fully grasp the meaning of climate change, what it entails and how it affects us,” she added, encouraging others to be open enough to see what climate change is about.

“If more people are able to understand what climate change is, and be able to make that connection from concept to reality,” she said, “there will be a greater effort to fight it.”

For most, the common ideas related to fighting climate change would be using stainless steel straws or turning off the lights when you don’t need them. In short, individual consumer choices.

While there’s nothing wrong with well-intentioned actions from said choices, the sombre truth is that reversing climate change’s impact would require more than individual actions according to SG Climate Rally’s founding member Tan Heng Yeng.

“But in order to truly combat the climate crisis, we have to take collective action and fundamentally change systems and policies,” Tan added.

Tan and her SG Climate Rally team are doing just that. The ambitious grassroots climate justice movement was formed in 2019 and aims to drive Singapore’s carbon emissions to net zero by 2050.

Meanwhile for some, one big player that should not be overlooked would be the commercial sector – with efforts to reduce energy consumption.

"Buildings are 40 per cent of total carbon emissions, which you don’t think so much of, right?” SensorFlow co-founder and chief executive Saikrishnan Ranganathan said. “You look at vehicles, you see the smoke. Likewise for industries.”

Read Also
Sustainability in Singapore: All-natural local beauty brands that are kind to the environment 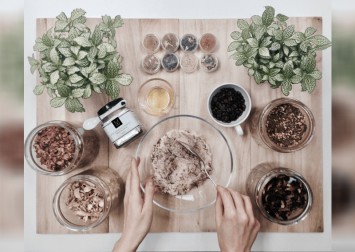 The 29-year-old saw an opportunity to provide a solution for an issue not many had noticed before: energy inefficiency of buildings and the negative impact on the environment.

His Singapore-based startup offers hotels a solution to reduce their total carbon footprint, by retrofitting hotel buildings with smart sensors that detect when no one is in the room.

This information is transmitted to a thermostat which automatically increases the temperature of the room or turns off the air conditioning entirely.

“To make productive strides towards solving climate change, it has to be from what we know,” Saikrishnan said, “and what we know is technology.”

Though their activism differs, Yang, Tan and Saikrishnan are fighting the same climate change fight and are looking towards a more environmentally sustainable future for Singapore.

Yang said: “It’s easy to be overwhelmed and disheartened, not just when reading eco-related news, but also when [travelling] on this journey of a less convenient lifestyle.

“Self-love and awareness is key. Don’t be too hard on yourself, especially if you have already tried your best. Accept that some things are out of your control and just keep going.”