Why has the number of Covid-19 deaths surged, even as vaccination rates in Singapore go up?

SINGAPORE - Ten people have died from Covid-19 this month, even as more than three in four people here have become fully vaccinated.

Against this, we had 37 deaths between January last year, when Covid-19 arrived in Singapore, and July 2021. Over that period, more than 64,000 people had been diagnosed with the disease.

So why has the number of deaths surged, even as vaccination rates here gone up?

The short answer is the Delta variant.

This variant, which is now infecting people in the community here, spreads two to four times more easily compared to the original wild type virus. People who are infected have very much higher viral loads, and vaccines do not work as well against it, though they do still give fairly high levels of protection.

Professor Teo Yik Ying, dean of the NUS Saw Swee Hock School of Public Health said: "The surge in deaths is because more people are getting infected in Singapore, given the outbreaks we had in July that regrettably happened in community locations such as wet markets that are frequented by seniors."

Added Professor Dale Fisher, a senior infectious diseases consultant at the National University Hospital (NUH): "This is the situation we will now have to live with: silent spreading with severe disease mostly limited to the unvaccinated. The deaths have occurred in the unvaccinated except for one elderly individual."

Associate Professor Alex Cook, vice dean of research at the Saw Swee Hock School of Public Health, said if Singapore had been hit by the Delta variant before the population had been vaccinated: "It would have been terrible. 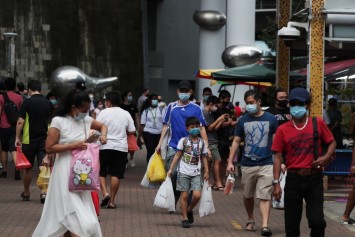 "I doubt we could have controlled it unless we effectively shut down society. Probably thousands of deaths would have happened."

Dr Asok Kurup, who chairs the Academy of Medicine's Chapter of Infectious Disease Physicians, agreed: "We would have been seeing way more deaths amongst the elderly and those with comorbidities."

He said it does not take much for the Delta variant to spread and it is less forgiving of any breaches of measures than the earlier variants.

With such a highly transmissible variant - according to the United States, its transmission rate is comparable with chickenpox where one infected person can spread the virus to 8.5 others - Prof Cook added "we can't expect the measures to work as well".

That's why countries like Thailand and Vietnam, which had successfully controlled the ancestral strain, are now struggling because of Delta, he added.

Professor Leo Yee Sin, executive director of the National Centre for Infectious Diseases (NCID) said striking features of the Delta variant include the speed and scale of transmission. This was what caused "a very rapid exponential growth of cases and in large numbers".

Dr Kurup said studies have shown that it takes only four days from exposure for Delta viral loads to reach detectable levels, compared to six days with the original virus strain.

Associate Professor David Lye, a senior infectious diseases expert at the NCID said: "Increasingly in the age of the Delta variant, the viral load of vaccinated is found to be similar to unvaccinated at the early part of illness."

A preprint (not yet officially published or peer reviewed) Singapore study, found that while all patients had similarly high viral loads for the first five days, this declined more rapidly in patients who had been vaccinated.

The study was conducted between April and July this year of 218 patients infected with the Delta strain, who were warded at National Centre for Infectious Diseases or one of four public hospitals.

Dr Barnaby Young, the lead author who heads NCID's Infectious Disease Research Ward, said it took eight to nine days for vaccinated people to clear their viral load to a point where it could not be picked up, compared to two weeks in those not vaccinated.

Read Also
Covid-19: What life will be like for the unvaccinated in Singapore 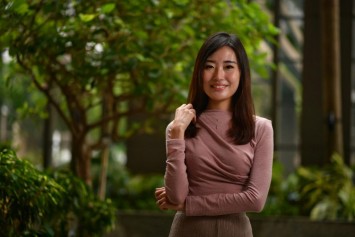 Patients who had been vaccinated also tended to be less sick.

The team also found that vaccine-breakthrough patients were far more likely to be asymptomatic - 28.2 per cent versus 9.2 per cent among those not vaccinated.

Associate Professor Ren Ee Chee, principal investigator at the Singapore Immunology Network at the Agency for Science, Technology and Research (A*Star), explains that a vaccine trains the body's immune system, specifically the B and T cells, to eliminate the virus.

"Memory B cells will be triggered by an infection to produce large amounts of antibodies rapidly, while T cells directly destroy virus infected tissues. This dampens the impact of infection, hampering the virus from overwhelming the lungs and other vital organs.

"Hence, a fully vaccinated individual who becomes seriously ill would have a better chance of full recovery as compared to an unvaccinated person."

Some experts also posit that a high viral load in a fully vaccinated patient may not pose the same risk of spreading the disease as someone who is unvaccinated, although this has not been conclusively shown.

Professor Ooi Eng Eong, an expert in emerging infectious diseases at the Duke-NUS School of Medicine said: "Vaccinated individuals could have antibodies that would bind these viral particles. Some of them could have been rendered uninfectious by the antibodies."

Prof Lye added that the NCID study also shows that vaccinated patients are more likely to be asymptomatic, or have less cough and runny nose that make transmission easier.

"So while the initial viral load may be similar, vaccinated patients may theoretically be less likely to pass it on to others," he said.

In spite of 10 Covid-19 deaths this month alone, Singapore is going ahead with the easing of measures and opening its borders.

Singapore will allow visitors to come for short breaks with no need for quarantine. This applies to travellers from Brunei and Germany if they have been fully vaccinated, as well as travellers from "safe countries" like New Zealand, Taiwan and most parts of China.

The experts say this is fine with the high vaccine rate today. By next month, 82 per cent of the population would be fully vaccinated. Among those aged 60 years and older who face higher risk of severe illness, 89 per cent would have received both jabs some time in September.

Read Also
Fully vaccinated? You can travel to Germany and back without serving SHN from Sept 8 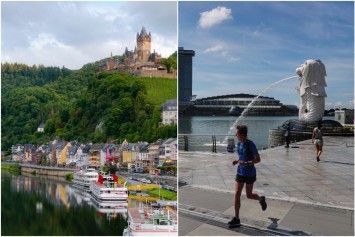 Prof Fisher said the high vaccination rate here has "made the disease very mild or even asymptomatic in most of our population."

Otherwise, he said, Singapore would continue to be "very dependent on social restrictions and possibly lockdowns", and might struggle like Malaysia, Thailand, Indonesia and Vietnam which are now facing high infection rates and death.

Nevertheless, Prof Cook said: "We can expect to continue seeing substantial breakthrough infections, though the numbers will probably fall as we relax contact tracing since the generally milder symptoms will be less likely to be identified.

"Deaths will be concentrated among those who did not get vaccinated, though as we saw this week, some vaccinated people will still pass away, especially the most elderly."

Prof Teo said he is "worried about the unvaccinated segment in the population". Even if the entire population has been vaccinated, he said Covid-19 will continue to spread, but the illness would be mild in the majority, except for those who are frail and suffering from underlying chronic problems with their health.

"But if there is a segment of the population that is unvaccinated, then not only will these people be more vulnerable to be infected, but they are also more likely to experience short-term and long-term impact to their health," he said.

Measures that had worked well last year are now less effective, said Prof Fisher. With Delta being so transmissible, and with people who are asymptomatic silently spreading the virus resulting in many unlinked cases, it becomes increasingly difficult to ringfence cases.

He said: "Children are not as vulnerable to severe disease and rarely become very sick with Covid-19. Adults, particularly older people who are unvaccinated, will surely get Covid-19 as the restrictions are eased."

So Singapore must do everything to "mop up" these last few percentages of unvaccinated people, he said. This will benefit everyone, even those who have been vaccinated.

Prof Fisher explained: "If they are unvaccinated and get severe disease then we will look after them in hospital. If hospitals look like they are getting overwhelmed then restrictions will surely come back to protect the health system."

Professor Paul Tambyah, also a senior infectious diseases consultant at the NUH said the mRNA vaccines used here have a limited role in reducing transmission, as seen in the United States and Israel where large numbers of people have been vaccinated.

"Their role is in prevention of severe illness and death," he said and expects to see "more cases and fewer deaths over time, especially if the virus continues its trajectory as all other viruses towards greater adaptation to the human host."

Prof Leo said the coronavirus "has proven to be a very fit virus and, with ongoing evolution, will likely get fitter".

She warned: "It is hard to predict how the virus will evolve but do expect some surprises.

"Moving forward, it is important for the healthcare system to be prepared, flexible and scalable and continue to build up our knowledge about the virus and how it impacts every facet of our lives."

On whether booster shots for the population is on the cards, Prof Tambyah said it is still too early to say if they will be needed.

He noted that some early data published recently "suggests that an extended separation two-dose regime, or at most a three-dose regime, will provide broad long-lasting immunity".

It would be important to find out if "changing the dosing interval or adding late booster shots, perhaps of a different vaccine, will have an impact on transmission", he added.

Prof Cook said he would not be surprised if Singapore starts doing booster shots later this year, noting that the US will start giving booster shots next month. The key questions are when to do these and what vaccines to use, he said.

The Multi-Ministry Task Force has said there are plans to give booster shots to people who are immunocompromised, such as people with a transplanted organ or who had been undergoing treatment for cancer when they received their jabs - as their level of antibodies is low. A third shot for them has been shown to push up antibody levels significantly.

Prof Teo felt that booster shots will also be essential, "especially to those in the vulnerable groups such as seniors and anyone with underlying medical conditions".

But more study is needed on when and how often such boosters are needed by different people, he said.

Prof Fisher also feels there is not enough data yet to indicate the need for boosters. "It is probably likely eventually, but it is wrong to add a booster merely because of increasing case numbers as this is expected."

Looking at what is happening in other countries, most spike in cases and deaths are largely in unvaccinated people, he said. So, Singapore should pump more effort into "vaccinating more people, not further vaccinating the same ones".

Prof Teo agreed: "So someone who is vaccinated can still die from a Covid-19 infection, but the risk of this happening is significantly lower because of the vaccination."