SINGAPORE - A woman toiled for 50 years to save nearly $1 million, only to be cheated of the amount by a church acquaintance.

Ng Kwee Huay, a former church warden who is also known as Nancie or Magdalene, duped Ms Alice Chua, 71, into handing over the cash after persuading the latter to take part in investments that did not exist.

Deputy Public Prosecutor Tan Pei Wei said Ms Chua managed to get back only about $120,000 of her life savings.

Ng, 70, who retired in 2014, was sentenced on Tuesday (Jan 29) to six years and two months' jail after pleading guilty to 23 counts of cheating.

The court heard that 106 charges for similar offences were considered during sentencing.

The Singaporean targeted seven people from 2011 to 2015, and her cases involved more than $1 million in all.

Ng, who has been an undischarged bankrupt since February 2002, got to know Ms Chua around 2008 or 2009 while working as a warden at St Joseph's Church. 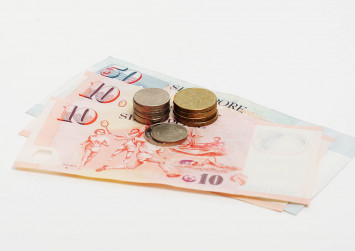 She later asked Ms Chua to invest in various "projects" in Myanmar, Thailand and Australia, claiming that she came across these opportunities through contacts she had made in her previous job.

DPP Tan said: "The victim told the accused that she wanted to earn enough money to purchase a property in three years.

"To persuade the victim to invest with her, the accused told her that she would be able to purchase a property in two years or less with the profits that she earned from her investments with the accused."

"She did so to convince the victim of the existence and profitability of the investments and thus to delay discovery of her offences and encourage the victim to continue giving her monies for investment," said the DPP.

Ms Chua became suspicious only in 2016 when she wanted to withdraw some of the principal sums invested to pay for a car that she had bought.

Instead of giving her the money, Ng kept on stalling, claiming that she was out of the country on business-related matters.

The court heard that Ng also swindled six other people including her close friends and goddaughter. They were each cheated of sums between $1,600 and about $58,000.