Woman looking for Mr Right with $8,000 salary ends up disappointed after spending $2,000 on matchmaking package

Hoping to find the man of her dreams and settle down, a woman paid more than $2,000 to a matchmaking agency for five dates with potential suitors that fit her criteria.

But her anticipation soon turned to disappointment, after the few matches that were set up by the agency fell short of her expectations.

Unhappy with the "unprofessionalism" of the dating agents as well as the speed of dates set up, the woman then requested for a refund of the remainder of her package but was rejected.

Shin Min Daily News reported that the woman, identified as Chen, 39, had contacted the paper to air her grievances.

Chen, who works as a manager in a bank, told the Chinese evening daily that she decided to splurge on the matchmaking package as she hoped to get married by the age of 40. She was also won over by the half-price promotion that the agency was having at the time for its $4,000 package.

Chen stated that the agency is quite well known and she was assured after making an inquiry as they claimed to have a wide customer base and were confident of finding her a match.

But after signing the package, she was put off by the consultant's lackadaisical attitude. Chen described how she had to chase the consultant to set up a date for her, and the interval between the dates would drag for two months and even up to half a year.

She stated that one particular consultant became uncontactable after successfully matching her with a date. The consultant only got back to her days later, claiming to have been involved in an accident.

The consultant also failed to reply to Chen's texts after that. Chen only realised that the consultant had resigned after she approached the agency for an explanation.

Chen said that she went on four dates organised by the agency but was dissatisfied with the quality of matches as well as the service provided. Coupled with the fact that each date came with an additional cost of up to $400, Chen requested for a refund for the remainder of the package after one-and-a-half years but her request was rejected.

Read Also
5 questions to ask yourself if considering a breakup 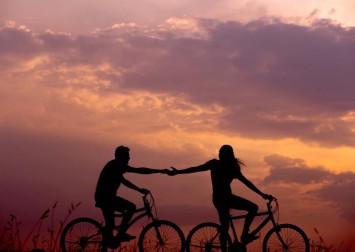 "When their manager called me to find out the reason, I could hear the sound of someone washing their hands in the background," shared Chen. "It gave me the impression that they were unprofessional and insincere".

"Later on, an email came stating that they could upgrade my package to include a dating coach as well as two complimentary coaching sessions, but I insisted on getting a refund."

Chen shared that her first and only relationship was during her undergraduate days at university, but they broke up after two years due to incompatibility issues.

Being busy with work as well as taking care of her parents left her little time to find a partner said Chen, who added that she has a small social circle. She had tried online dating but found it unreliable, and so, decided to go with an agency in hopes of greater success.

Chen, who stands at 1.63m, stated that her expectations of a potential partner are "not high". Her requirements are that he should be taller than her, have the same level of education, earns $8,000 a month, is Chinese and be either a Buddhist or a free thinker.

Chen said that although the agency had promised to find someone who fit her criteria, her first date was with someone who earned less than her, "with an annual increment of tens of dollars". After complaining to the agency, they agreed to give her an additional complimentary date.

But although her subsequent dates were with guys who fulfilled her criteria, she didn't manage to find a connection with them.

Read Also
Dating in Singapore: 3 in 4 unable to broach topic of sex 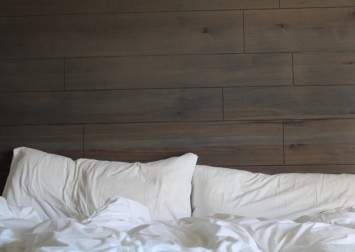 "I felt one of them was a little too old while another shared an ice cream with me on the first date, which I found slightly odd. We exchanged numbers after that but didn't contact each other."

In its response to Shin Min Daily News, the matchmaking agency said that whenever a match is found, the agency would first have to obtain the go-ahead from both parties before setting up a date.

If they find during the date that the other party did not fulfil their criteria, then that particular date will be considered complimentary. As for the consultant who resigned without informing Chen, the spokesperson for the matchmaking agency said that an email had been sent out at the time to inform clients of the consultant's departure.

As for the rejection of the refund, the spokesperson added: "As the client's initial request did not meet the requirements for a refund to be processed, our manager offered to upgrade her package instead. But knowing that she would like to discontinue our service, we have reached out to her to see how we can resolve the issue."