Police are investigating an incident in which a woman who wanted to borrow $30,000 from a moneylender found herself getting threatened and being owed $500 instead.

When Stomp contributor Y received an SMS offering cash loans with a reasonable repayment plan, she thought it would be a good way to pay off her credit card bill.

She recounted: "I recently received an SMS from a moneylender. As I have quite a hefty credit card bill, I thought I could borrow $30,000 from them to pay it off.

"They offered a repayment plan of $670*48 months, which was affordable to me because with my income, I can easily pay them back the money through monthly installments for four years.

"I have never borrowed money through such channels so I would assumed the standard procedure would be getting a picture of my Identification Card (front and back), a copy of my payslip and doing a video call to ensure I am the person in the IC.

"The moneylender then told me that as I am a new borrower, they have to do some form of verification in order to know I have the money to pay them back.

"He proceeded to transfer $500 to my account and requested me to transfer $1,000 back to him for this verification. I did as I was told, but he said I needed to do an ATM transfer and not internet banking.

"He then told me to do another transfer of $1,000 via the ATM. I refused and told him to transfer the $1,000 back to me before I proceeded to transfer money to him again.

"Now, the moneylender not only refuses to return the extra $500 which I'd transferred to him, he is demanding that I transfer $1,000 over for him to delete all my details in their system or he would use my details to borrow money from other lenders and banks."

Y has also been getting threats from the moneylender.

Screenshots of their conversation on WhatsApp show the moneylender asking for money and saying, "We will send people to yr house and collect".

When the Stomp contributor refused to oblige his demand for $1,000 to "settle" the matter, he told her, "I just use yr details apply loan ok ady".

The moneylender also sent Y a video of what appears to be a fire being set outside two flats. Both units looked like they had been splashed with a dark liquid. 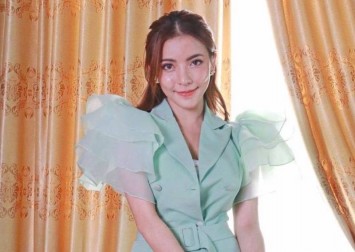 It is unclear when or where the video was taken, or whether the moneylender was the one who had committed the acts.

Y, who lodged a police report on Monday (Sept 5), told Stomp: "The moneylender messaged me again on Tuesday using another number to solicit more money from me. I refused.

"I hope that by sharing my experience, no one else out there will be scammed by these scammers."

In response to a Stomp query, the police confirm that a report was lodged and investigations are ongoing.

Stomp reported a similar case in 2018, involving another woman who wanted to borrow $3,000 after getting texts offering 'financial assistance'. She ended up losing $3,600.

Such scam tactics are not new, unfortunately.

The police had warned of similar cons earlier this year after receiving at least 15 reports from January to May, with victims losing a total of more than $20,000 to scammers.

Members of public are advised to stay away from unlicensed moneylenders and not to work with or assist them in any way.