SINGAPORE - The woman who sued PUB for $5 million after she fell into a manhole and accepted a confidential settlement offer on the fourth day of trial will have to pay overall legal costs of $30,000 to the national water agency.

On the other hand, Judicial Commissioner Andre Maniam awarded PUB costs of $70,000, comprising $48,000 for three days of trial and $22,000 for two amendments Madam Chan made to her claim.

The chartered accountant filed a suit against PUB on Oct 15, 2018, claiming damages for injuries, including a fractured ankle and post-traumatic stress disorder (PTSD), she allegedly suffered as a result of the accident in Simon Road, near Kovan, on Dec 1, 2015.

On Oct 5 this year, her claim was amended to include her recent diagnosis of schizophrenia as one of the injuries.

PUB accepted 70 per cent of the liability for the accident but disputed the nature and extent of her injuries.

Madam Chan initially claimed the schizophrenia resulted from three potential causes: the accident, the stress of litigation and being followed by private investigators hired by PUB's insurers.

After the trial began on Nov 23, she amended her case again and dropped the latter two alleged causes.

On the evening of Nov 26, after she was grilled on the stand for four days, she accepted PUB's offer to settle via e-mail.

On Monday, her lawyers, Mr L. Devadason and Mr Ivan Lee from LegalStandard, sought costs of $90,000 for work done up to the day the offer was made.

PUB's lawyers, Mr K. Anparasan and Ms Grace Tan from WhiteFern, sought $95,000 for trial preparation and four days of trial. They also sought $31,000 for the amendments.

Each side argued that the other party should not get costs.

In giving his decision, the judicial commissioner noted that there were a number of "unsatisfactory" aspects in Madam Chan's case.

He noted that her physical injury claims were contradicted by surveillance footage of her walking with no apparent difficulty.

Questions were also raised about whether she was genuinely employed by a firm called HP&S, which turned out to be a dormant company currently owned by her maternal uncle. 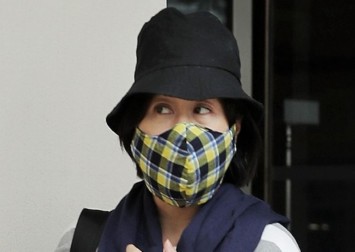 The judicial commissioner, however, said the fact remains she was injured in an accident, for which PUB agreed to be 70 per cent liable and had made an offer to settle.

He moderated the costs Madam Chan should get because "she seemed to be trying to improve her case by going to a succession of doctors and asking them to change their reports".

As for PUB's costs, he noted that under court rules, PUB was entitled to costs from Nov 24 onwards, or 14 days after the offer was served on Madam Chan (on Nov 10).

Thus, PUB could only get costs from Nov 24 to 26, or the second to fourth day of the trial.