SINGAPORE - The Workers’ Party (WP) has produced a documentary in commemoration of the party’s 65th anniversary, charting the history of Hougang, which it has held for 31 years.

A trailer for the documentary was released on Thursday (Nov 3), featuring snippets of interviews with residents, historians and former party chief Low Thia Khiang, who was the MP for Hougang from 1991 to 2011.

The party intends to release the documentary for public screenings in the coming months, it said on Thursday.

In response to queries, Aljunied GRC MP and WP media head Leon Perera said: “Work on the documentary started in 2021, when we realised that there was a need for Hougang’s story to be told in full to the public.

“Hougang has played a unique part in Singapore’s history. Not only does its community predate (founder of modern Singapore) Sir Stamford Raffles’ arrival, the place also has a distinctive political identity as the longest-held oppposition ward in Singapore. However, many Singaporeans do not know much about this rich piece of history.”

WP said in a statement that the documentary traces the journeys of Teochew immigrants since the middle of the 18th century, from China to the Riau Islands, onward to Pulau Ubin in Singapore and then Hougang, which is Chinese for “harbour in the back”, a reference to its proximity to the sea.

The trailer draws the Teochew connection between the inhabitants of Hougang and Mr Low, who gave rallies in the dialect, which originated in Guangdong province in southern China, amid the nationwide Speak Mandarin campaign which sought to reduce its use.

It also charts the relocation of its residents from kampungs into Housing Board flats in the early days of independence, as well as Mr Low’s win in Hougang in 1991. 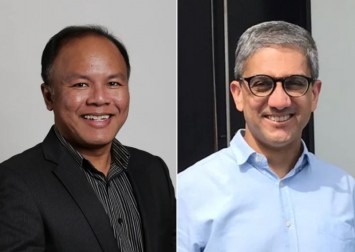 Hougang was carved out of another single-member constituency Punggol prior to the 1988 General Election and was won by Mr Tang Guan Seng from the ruling People’s Action Party in that election.

The film, which features dialogue in English, Mandarin, Teochew and Hokkien, also documents the struggles Mr Low faced in the early years, such as setting up a new town council from scratch.

It features interviews with local and international historians such as doctoral student at the University of Michigan Bryan Goh and Associate Professor of Public History at University College London Mark Frost, as well as former Hougang MP Png Eng Huat, as well as its current representative Dennis Tan.

He said: “The journey of Hougang is an inextricable part of Singapore’s growth, and this film highlights the strength of the grassroots that form the social fabric of our country.”