World Economic Forum cancels meeting scheduled to be held in Singapore in August, Shangri-La forum keen to carry on

Organisers cited the uncertain travel outlook and new variants of Covid-19, among others, as reasons.

SINGAPORE - The World Economic Forum (WEF) is cancelling its special annual meeting that was scheduled to be held in Singapore in August, with organisers citing the uncertain travel outlook and new Covid-19 variants as reasons for their decision.

"Regretfully, the tragic circumstances unfolding across geographies, an uncertain travel outlook, differing speeds of vaccination roll-out and the uncertainty around new variants combine to make it impossible to realise a global meeting with business, government and civil society leaders from all over the world at the scale which was planned," the WEF said in a statement on Monday (May 17).

"This is despite the excellent support provided by the Government of Singapore," it added.

The WEF said its next annual meeting will instead take place in the first half of next year. The final location and date will be determined based on an assessment of the situation later this summer, it added.

Singapore's Ministry of Trade and Industry said on Monday that the WEF had informed the Singapore Government that due to the continuing global uncertainties caused by Covid-19, it will be cancelling its Special Annual Meeting for 2021, which was scheduled to take place in Singapore from Aug 17 to 20.

"The Singapore Government fully appreciates the challenges caused by the ongoing global pandemic, particularly for a large meeting with a broad span of international participants," the ministry said in a statement in response to media queries.

"We will continue to work actively with the World Economic Forum and other key international organisations to promote collaborations between stakeholders on issues of global concern," it added.

Professor Klaus Schwab, founder and executive chairman of the WEF, said of the cancellation: "It was a difficult decision, particularly in view of the great interest of our partners to come together not just virtually but in person, and to contribute to a more resilient, more inclusive and more sustainable world."

"But ultimately, the health and safety of everyone concerned is our highest priority," he added. 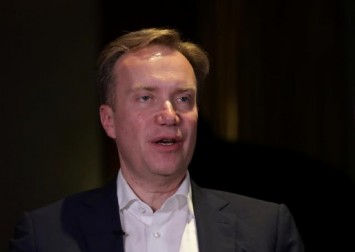 This year's special meeting, which the WEF last December announced would move to Singapore, would have taken place at Marina Bay Sands, with more than 1,000 delegates expected.

As recently as last week, a spokesman for the Switzerland-based WEF said planning for the special annual meeting remained on track, after a surge in the number of Covid-19 cases and more stringent restrictions on activities in Singapore.

The spokesman had said then that the WEF was in close contact with and getting regular updates from the Singapore Government, and that the meeting will provide the "safest possible environment for a global gathering at scale".

The announcement of the cancellation is the latest development since the WEF announced last December that Singapore would host this year's annual meeting from May 13 to 16, due to the perceived risk of holding it in Europe, which was facing a Covid-19 outbreak.

Observers had cited Singapore's handling of the Covid-19 situation and its strong events infrastructure as reasons why the country was picked. 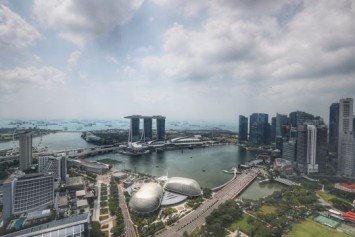 The forum was also seen as an endorsement of the Republic as a leading meetings, incentives, conferences and exhibitions (Mice) destination and was expected to boost the economy.

In January, the forum was postponed to May 25 to 28, although organisers did not give a reason for the change.

In February, the WEF said that the forum would be moved to Aug 17 to 20, citing how global travel restrictions had made planning for an in-person meeting in the first half of the year difficult.

Questions had also been raised in Parliament in February over how the event would be managed safely.

Senior Minister of State for Health Janil Puthucheary told Parliament that both local and foreign attendees would have to use TraceTogether, and there would be physical segregation of attendees from the rest of the population to minimise the risk of infection.

This was in addition to pre-departure and on-arrival testing, a rigorous and recurrent testing regimen for participants, and other measures.

Shangri-La Dialogue organiser says forum is on track for early June, for now

In a separate statement on Monday, a spokesman for the International Institute of Strategic Studies (IISS) said the think-tank remains on track to convene the 19th Shangri-La Dialogue in person in Singapore in early June.

“The World Economic Forum’s decision does not affect our plans. We have a full line-up of ministers and other senior leaders from around the world planning to attend our event,” the spokesman said.

“We will continue to work with our partners in Singapore’s government to strengthen the already stringent safety measures we have in place, and make any necessary adjustments to protect both our attendees and the local community.”

This year’s Shangri-La Dialogue is slated to take place from June 4 to 5, with high-level defence policymakers from more than 40 countries around the world gathering in an event “bubble” centred on the hotel after which the dialogue is named. 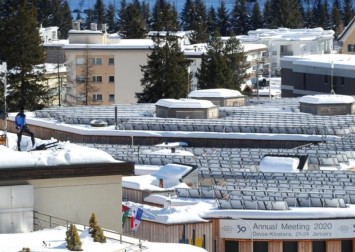 This bubble will enable fully in-person meetings and discussions between delegates to take place freely, by moving around the facility with minimal restrictions.

In response to media queries, the Ministry of Defence said on Monday that the IISS had informed the Singapore Government that it remains committed to organising the Shangri-La Dialogue (SLD) in Singapore in early June.

It noted that over the years, the SLD has played an integral role in providing a significant and necessary platform for top government officials and other participants from around the world to engage on key defence and security issues.

“We are encouraged by the positive response to invitations to SLD 2021, which underscore the strong commitment of government leaders in addressing security challenges even in the midst of the Covid-19 pandemic,” Mindef said.

“Nevertheless, as the Covid-19 situation is fluid and continues to evolve... the Singapore Government will continue to monitor the local and global Covid-19 situation and make the necessary adjustments. In doing so, the health and safety of everyone will be the foremost consideration,” it added.