There has been some concern over cleanliness at Block 472, Ang Mo Kio Avenue 10, after residents said they found worms in their water.

A 32-year-old resident, who wanted to be known only as Ms Zhang, told Shin Min Daily News that on Dec 6, her maid was washing one of her children's milk bottle at about 10pm when she saw a worm in the water that came out of the tap.

The maid told the Chinese newspaper: "I thought it was food, but then I saw that it was a 4 or 5 cm live worm and I ran to the living room to alert my employer."

Ms Zhang said her family immediately notified the town council, which sent two officers to her flat the same night to conduct some cleaning. 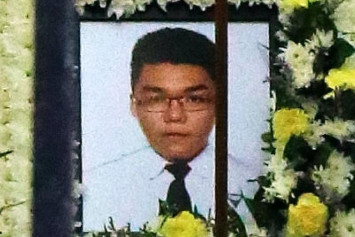 She added that as a mother of three young children, she is very concerned about the cleanliness of the water. Since the incident, the family has been boiling their drinking water.

Another resident who lives on the 11th storey, who wanted to be known only as Mr Lin, told Shin Min that his wife saw a worm in the toilet a few weeks ago.

He said the family was not too concerned as the worm was in the toilet bowl.

PUB and the Ang Mo Kio Town Council (AMKTC) issued a joint statement, saying that a resident had informed the town council that his domestic helper had observed a worm in a glass of water that came from his kitchen tap on Dec 6.

The statement said: "The water supply from the resident's unit was found to be clean and clear during the town council's checks. 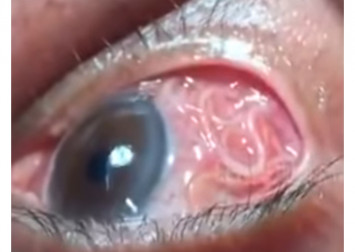 "Subsequently, AMKTC checked the water tanks and the pump room on 7 Dec and no worms were observed."

As an additional precaution, AMKTC sent officers to clean the water tanks and pump room.

There were no other similar feedback from other households in the same block, it added.

Based on the photo provided by the resident, PUB added that it is likely to have been an earthworm, which could have come from the surrounding area.