An urn sits on a small table instead of a coffin at the wake of the late Mr Kee Kin Tiong on Jan 3, 2019.

SINGAPORE - Licensed funeral parlours here will be held to higher standards by the National Environment Agency (NEA) after a mix-up at a funeral home late last month resulted in a wrong body being cremated.

Operators are to abide by stricter rules, which include locking embalming rooms at all times with access limited to authorised staff, and using body identification tags bearing details such as the name and gender of the deceased.

The tightened requirements were shared in a circular NEA sent last Friday (Jan 10) to the 22 licensed funeral parlours it oversees. The agency licenses funeral parlours with embalming facilities.

The move comes less than two weeks after the body of 82-year-old Kee Kin Tiong was mistakenly cremated on Dec 30 last year ahead of his funeral rites in what is believed to be the first reported case in Singapore of such a mix-up.

The send-off for Mr Kee was done according to Christian traditions and funeral rites when he was a Taoist.

The mistake occurred when an employee of Harmony Funeral Care mistakenly collected Mr Kee's body, instead of that of a 70-year-old man, from the embalming room of Century Products, a funeral parlour with embalming facilities.

Century Products has since had its licence suspended, while Harmony Funeral Care has been barred from using government after-death facilities.

Mr Kee's family members had earlier told The Straits Times they were in "great pain" over the mix-up, and called for the funeral industry to improve its service standards. 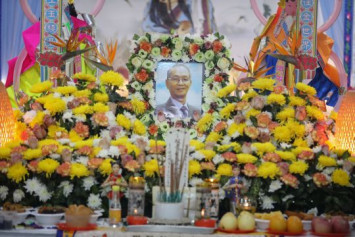 NEA director-general of public health Chew Ming Fai said in the circular that the episode highlighted the need to strengthen procedures for the handling of bodies by all parties involved.

"As a licensed funeral parlour, it is your responsibility to ensure that bodies received into the premises are properly accounted for, without mix-up, and are handled in a dignified and respectful manner," he noted, adding that NEA will be following up with inspections to ensure compliance.

The new rules include ensuring that a system is in place to identify each body from the time it is received until the time it departs.

A tag bearing the name and gender of the deceased, the name of the funeral firm that delivered the body and services required for the body such as embalming is to be attached securely to the body at all times.

Licensed operators are expected to have the tagging practice in place within two days of receiving the circular, and provide NEA with the steps in their system of identification within two weeks.

Embalming rooms and areas used to hold the bodies are also to be locked at all times, with access restricted to authorised personnel. This rule took effect last Friday.

Under the new rules, licensed operators "must only engage embalmers who are competent to conduct embalming" and keep a register of all embalmers working in the licensed premises.

NEA had asked these operators to provide it with details of all embalmers who use their premises within 30 days of the letter, including their nationality, number of bodies embalmed locally, years of local experience and whether they attended the basic infection-control training course.

Read Also
Funeral parlour suspended, to be charged after wrong body was cremated 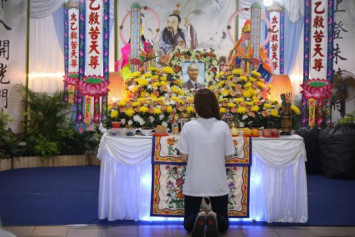 The training allows embalmers to handle bodies known to have infectious diseases, such as the human immunodeficiency virus (HIV).

Last month, The Straits Times reported that not all embalmers here are certified, and botched jobs are not uncommon. However, some in the funeral line believe on-the-job training is good enough.

Operators interviewed said they had no issues complying with the new rules. Before the circular was issued, some were already using body identification tags.

Mr Ang Ziqian, deputy chairman of Ang Chin Moh Funeral Directors, said the rules mentioned in the circular are not new to some licensed operators which have been practising them for years, adding that the requirements "protect bereaved families and provide dignity to the dearly departed".

Mr Jeffrey Lee, sales and marketing manager at Simplicity Casket, said his funeral firm, a subsidiary of Singapore Casket, has practised tagging bodies for many years, even before the new rules were imposed.

"Having to tag the body is a good practice to avoid collecting the wrong body," he noted, adding that the times a body enters and leaves the embalming room are recorded along with details such as which staff did the embalming.

Read Also
Interesting funeral services you should know about 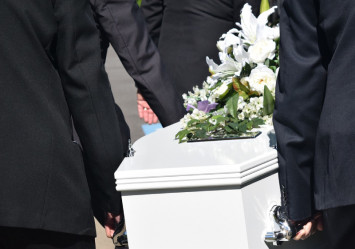 Trinity Casket managing director Freddie Choo said his company has handled each case in a systematic manner since it started operating about 30 years ago.

For instance, the licensed operator has a case file on each body, which contains information on the deceased, their next-of-kin and arrangements for the entire proceedings. Copies of official documents such as death certificates are also filed.

Mr Choo said: "Every deceased is someone's loved one and must be attended to with the highest dignity and respect."