Yale-NUS aims to nurture graduates who can think deeply and make connections across different domains of knowledge.

Singapore - Yale-NUS College, a liberal arts institution set up by Yale University and the National University of Singapore in 2011, will stop accepting new students.

The 240 freshmen who enrolled at Yale-NUS earlier this month, the school's ninth intake, will be its final cohort of students and will graduate in 2025.

NUS, in a press release on Friday (Aug 27) morning, said Yale-NUS will merge with NUS' University Scholars Programme (USP) to form a new college that will open by August next year (2022).

Yale-NUS will remain open and continue running academic, co-curricular and research programmes until the end of the 2024/2025 academic year, while those enrolled in the USP will transit into the New College next year.

The scholars programme started in 2001 and admits around 240 undergraduates a year from across seven faculties and schools in NUS.

This is about the same number as Yale-NUS, which takes in about 250 students a year. Both programmes offer a broad-based, multidisciplinary common curriculum.

Yale-NUS, with its smaller classes and residential experience, aims to nurture graduates who can think deeply and make connections across different domains of knowledge.

In merging the two schools, NUS said it aims to bring together the best features and extensive experiences of USP and Yale-NUS.

The New College - a placeholder name for now - will seek to continue the legacy of world-class interdisciplinary liberal arts education.

NUS said New College will be in a position of strength to offer broader and more specialised offerings through deeper integration with NUS.

It added that graduating students will get degrees conferred by their respective home school or faculty.

NUS said the distinctive Yale-NUS common curriculum - covering literature and history, modern social thought, philosophy, quantitative reasoning and scientific inquiry - has been an inspiration for expanding its own interdisciplinary education and designing a common curriculum across NUS.

The USP curriculum has similarly enabled generations of students to make strong connections across disciplines.

A key feature of the USP - where students are able to access the full range of majors, second majors, minors and specialisations offered across NUS, and attain their desired disciplinary depth - will be retained.

New College students will enjoy the same flexibility to acquire new competencies beyond their home school or faculty.

"I want to offer my best wishes for the new college and express our gratitude for the generous support of the Government of Singapore in making it possible for us to partner in the creation of a model of liberal arts education that is regarded as one of the most innovative in the world - one whose DNA will live on, we trust, in new and exciting ways."

NUS president Tan Eng Chye said: "The evolution of USP and Yale-NUS into the New College will offer students the opportunity to benefit from an immersive, interdisciplinary liberal arts education that brings together the best features of both institutions and very importantly expands access to multiple pathways, disciplines and specialisations across the NUS ecosystem.

"We're delighted that Yale will continue to play an advisory role in the New College as a pioneering member of its international advisory panel... We look forward to continuing our friendship, and exploring bilateral opportunities in research and education." 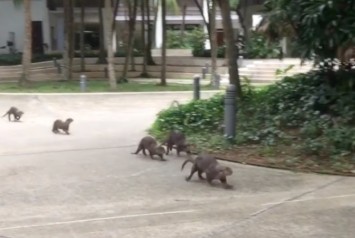 A New College planning committee, chaired by NUS senior deputy president and provost Ho Teck Hua and comprising leaders from USP and Yale-NUS, Yale, and NUS will continue the development of the plan for New College, and how it will combine the best of USP and Yale-NUS.

The committee will also seek ideas and feedback from students, staff, faculty and alumni of both Yale-NUS and USP.

When plans for the creation of Yale-NUS College were announced in 2010, Yale faculty members in the US expressed concerns over academic freedom and constraints on free in Singapore.

Two years ago (2019) the issue surfaced again, when the college cancelled a module called Dissent And Resistance that was to be taught by Singaporean poet and playwright Alfian Sa'at.

Then Education Minister Ong Ye Kung, responding to questions in Parliament, said "academic freedom cannot be carte blanche for anyone to misuse an academic institution for political advocacy, for this would undermine the institution's academic standards and public standing".

It said the formation of these two colleges is the latest move in NUS' efforts to transform the educational experience at Singapore's flagship university, based on four key pillars - common curriculum, greater flexibility, an interdisciplinary approach and lifelong learning.