Yes, there is racism in Singapore, but identity politics must not take root: Lawrence Wong

SINGAPORE - Is there still racism in Singapore today? A resolute "yes, of course" was Education Minister Lawrence Wong's answer on Monday (Jan 25) during a dialogue at the Singapore Perspectives conference organised by the Institute of Policy Studies.

But he also affirmed the Government's commitment to continuously work at improving the situation - and to avoid at all costs the sowing of identity politics in the country.

Mr Wong was responding to former senior minister of state for foreign affairs Zainul Abidin Rasheed, who asked whether he saw multiculturalism and multiracial cohesion as a big issue, and if Singapore was equipped to handle changes to come in future.

"It is a big issue. Let's acknowledge it," said Mr Wong. "But is the situation today better than it was 10 years ago, 20 years ago? I would say it is too.

This includes reviewing and evolving policies such as ethnic integration quotas in housing and race-based self-help groups, said Mr Wong.

"None of these should be cast in stone or regarded as sacred," he added. "We must do our very best to ensure that identity politics that is polarising never gets a chance to take root in Singapore.

"When that happens, it really fuels the worst tendencies in people; it breeds hostility and divisions."

Mr Wong, who was previously minister for culture, community and youth, said access and exposure to new information was good but not without risk.

Citing conspiracy theories and falsehoods as dangers, he said: "These ideas tend to sharply divide people into different social and political tribes… You become very resistant to hearing from the other side. You self-select information to reinforce your own blind spots and biases." 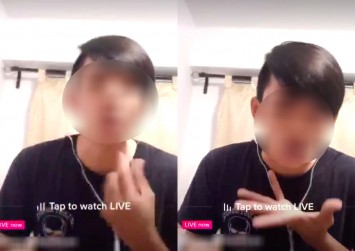 He also agreed with Mr Fernandez's observation of the inherent tension in managing Singapore's diversity and plurality while trying to achieve greater unity.

The key, said Mr Wong, was to build consensus around a common good and common destiny for Singapore - regardless of individual, aspirational or political differences, and rather than the alternative of a contentious society where it is every man for himself, or with groups lobbying for their own interests.

And while this is becoming increasingly difficult for countries everywhere to achieve, Covid-19 has provided a silver lining of an opportunity, he added.

"A crisis like this does force us to reflect more deeply on what our shared values are," said Mr Wong. "What kind of life do we want for ourselves and our children? What is that purpose in our limited duration on this planet? What would we like to achieve?

"And if that reflection in Singapore leads to a coming together of shared values... I think we will be able to move forward better, faster and with a renewed sense of purpose."