SINGAPORE - Alternative news site The Online Citizen Asia (TOC) has rejected a request by the son of an elderly woman suffering from dementia to apologise for a video interview of her that it put up.

The video pertained to an incident that took place in Yishun in May and contained allegations of police bullying - which were slammed by the police as well as Law and Home Affairs Minister K. Shanmugam.

The incident was outlined by the son's lawyer, Mr Anand Nalachandran of Forte Law, in his first letter to TOC.

The Straits Times obtained that and subsequent letters with the son's permission, on condition of his anonymity. The first, dated July 7, said: "Our client is saddened and distressed that his elderly and vulnerable mother was interviewed without prior notice to the family and drawn into this publicised matter.

"Given his mother's condition, our client is particularly concerned that her video interview has been widely circulated."

The son, claiming that TOC was aware of the woman's condition, asked the news site to acknowledge and apologise for "this lapse in judgment".

TOC was given until July 12 to respond.

Mr Lim Tean of Carson Law Chambers confirmed to ST on Wednesday (July 21) that he acted for TOC in a reply dated July 12. 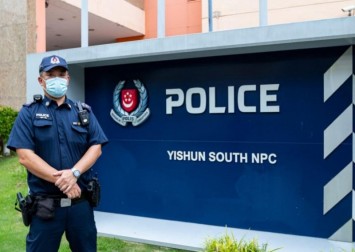 In the letter, he wrote that TOC rejected the son's request for an apology and that it "took steps to ensure that the interview was conducted in the presence of a veteran healthcare worker who deals with palliative care".

"At no point during the interview did the veteran healthcare worker or our clients detect any signs of (the woman) not being able to recall what transpired during the incident on May 17, 2021."

"Our clients have treated (the woman) with the utmost respect and dignity by ensuring her identity was not revealed through the blurring of her face in the video," added Mr Lim.

He further said his clients were of the view that the police were the ones who described her as a person suffering from dementia and any public reaction was a result of their doing so, and urged the woman's son to look to the police for "any hurt he thinks has been caused".

Mr Lim also wrote that his clients "totally reject the false and unsubstantiated allegations made by (Mr Shanmugam) who said that our clients coached (the woman) to say what she said".

TOC on May 18 shared an Instagram story by user @nichology that alleged police officers had taunted and reprimanded an elderly woman for not wearing a mask.

The police issued a clarification on the incident on May 19 and the fake news law was invoked on May 21 to issue a correction direction to TOC and other sites that repeated the claims.

On May 25, TOC posted a video on its Facebook page of the interview with the woman in which she denied that police officers had bought her food.

Later that day the police made the rare move of releasing body-worn camera footage which showed a police officer buying the woman a packet of food from a nearby stall and not taunting or reprimanding her.

Mr Shanmugam then slammed the TOC video, calling it a cynical, unethical and malicious attack on the police, and said TOC took advantage of an old woman with dementia. 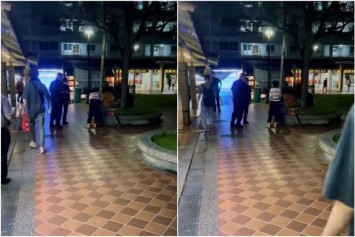 Mr Nalachandran responded to Mr Lim on Wednesday and wrote that his client reiterates that his mother suffers from dementia and regrets that TOC refuses to acknowledge a lapse or apologise.

"Our client made no demand but an acknowledgement or apology would have been basic decency," he added.

Mr Lim told ST on Friday that TOC will not be responding to the second letter.

He added: "We are mystified as to why the son, who was not involved in the first place, would hire a not inexpensive law firm to send TOC such letters."