Harajuku-inspired events attract like-minded fans showing off their Japanese-style outfits and mingling with the public who are also fans of this aesthetic.

Unfortunately, it can also attract sex predators of sorts.

A man who was convicted of having sex with a minor was spotted in a Harajuku-inspired event called the Harajuku Fashion Walk Singapore group (HFWSG) last Saturday (June 4).

The 34-year-old man was sentenced to 28 months in jail for having sex with a minor he met at a similar event in 2018, the Straits Times reported last month.

He was supposed to start his sentence this month.

HFWSG is an open event where people can express themselves through outfits inspired by Harajuku fashion where participants gather at the Merlion Park and walk toward the National Gallery of Singapore.

This event first began in 2014 and recently held its 37th walk.

However, this man, who was seen at the June 4 event, got one of the event organisers quite upset.

She posted on Facebook last Thursday (June 2) that she is disappointed with the organising committee's nonchalant attitude and reluctance to implement measures to ensure the safety of its attendees, especially minors by barring the man from the walk.

The Facebook user who only wanted to be known as N told AsiaOne that the organisers had instructed committee members like her to stop sharing news articles about the incident and the convicted sex offender.

In her Facebook post, N wrote: "I'm just really disappointed that we were told by the main organiser to not talk about the issue at all and to sweep it under the rug. As if it never happened."

She claimed on Facebook that the committee believed they were free of fault since the "incident didn't occur at a walk".

She also mentioned that she has since quit as an organiser of the event.

N also showed a screenshot on Facebook that one of the organisers she contacted said that while they "don't defend it", they also "don't blame it".

In the screenshots posted by N, the organiser was defending and justifying the sex offender's actions.

"Harajuku Walk has nothing to do with this case," wrote the organiser. "It was just a place for them to meet (or may be not because his squad meets every weekend so they met on their event, not HFW). And I don't think it's a problem that 14-year-old and 34-year-olds had sex with their consent."

AsiaOne has reached out to that organiser for more information. 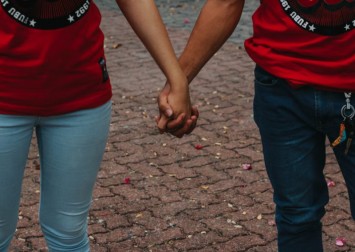 N also posted on Facebook that she was concerned about the presence of sex predators in the community and that this news would ruin their reputation and prevent people from walking with HFWSG.

N told AsiaOne she is also angry at their refusal to release a statement assuring the community that the committee does not condone the man's actions.

"The blase attitude to the situation was what pushed me to quit."

"So many of the people I know who used to walk with us have stated their reasons for not wanting to attend anymore," she said.

She added that instead of taking their feedback, the committee is too concerned with their own ideals, and not the reality of what the HFWSG has become.

"They'd rather see droves of people show up instead of ensuring the safety of the attendees," she posted. "If you want to attend, then go. I'm not gonna stop you. But don't come crying to me if/when some s*** goes down."