'You're fat': Woman allegedly body-shames man after he helps her

Jan Rick Mascarina claimed to have experienced fat-shaming by a middle-aged couple at White Sands.

Instead, the 29-year-old digital marketer found himself entangled in some drama with a middle-aged couple in their 40s involving body-shaming, the threat of a lawsuit and police involvement.

Recounting his side of the story in a Facebook post on March 9, the Filipino-born, Singapore-bred man shared that the incident happened on Saturday at a Popular bookstore outlet in White Sands Shopping Centre.

While browsing for art supplies in the store with a friend, some boxed items fell off a shelf after a woman walked past them, and Mascarina proceeded to pick them off the floor, conceding that he sometimes knocked items off shelves due to his size.

However, his actions prompted the woman to shake her head, "let out a loud sigh, and with a visible black-face, proceeded to pick up the other boxes from the floor," he wrote in the caption. 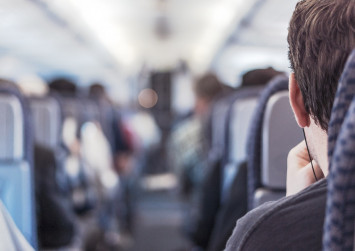 His friend then pointed out it was the woman and her "huge shoulder bag" which caused the boxes to tumble, not Mascarina. Annoyed that his extension of help was met with irritation, he then lamented out loud that "she knock things and I help her, still give me black face."

That was when the woman retorted that it was because he was fat. Incensed, he shot back that she was a b****.

Mascarina wrote he was further incensed when she questioned "how old both of us were, and how our parents brought us up, and says she wishes her child were there to see what kind of person they shouldn’t be".

What ensued was "an escalating back-and-forth slingshot of insults" with Popular staff escorting Mascarina, his friend, the woman and her husband out of the store.

The husband, upon learning what had happened, threatened to sue and requested for CCTV footage of the outlet as "proof of (Mascarina's) aggression and vulgarity".

The incident culminated in the police being called in to resolve the incident.

To conclude the post, Mascarina said he was informed by the police that the couple could pursue the case if they wanted to.

"I have to defend myself (as my parents have rightfully taught me). The police after all, were only there to keep the peace, not serve judgment. I’m here to tell my side, as objectively and as openly as I can," he wrote.

He also apologised to the police for wasting their time on such a "trival matter".

“You’re fat.” Those words were the trigger to an interesting Saturday, that ended in police officers instructing me to...

As of writing, the post has been shared over 280 times and garnered more than 100 likes and comments.

As Mascarina chose not the reveal the couple's identity, we're left wondering what the other side of the story is.

However, some online have called out the entitled nature of 1. Singaporeans in general, and 2. those who fall within the couple's age-bracket.

Others shared similar experiences of ungracious behaviour in Singapore directed towards them.

#Social media #bullying #In Case You Missed It