2 dead as trains collide in Germany 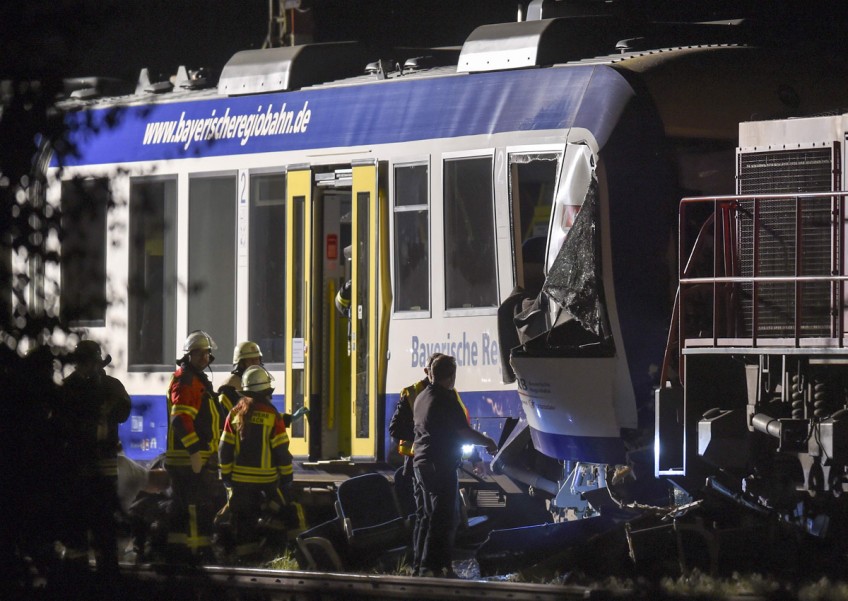 BERLIN - At least two people were killed and several others were hurt when two trains collided late Monday (May 7) in Germany, the national rail company said.

The Deutsche Bahn network operator said that a commuter service hit a freight train between Ingolstadt and Augsburg in Germany's southern Bavaria region.

"There are some seriously injured and others only lightly," a Deutsche Bahn spokesman told the German DPA press agency.

German police said that a total of 14 people were hurt.

The company did not immediately provide additional details into the possible causes of the collision.