3 journalists resign from CNN in wake of retracted scoop 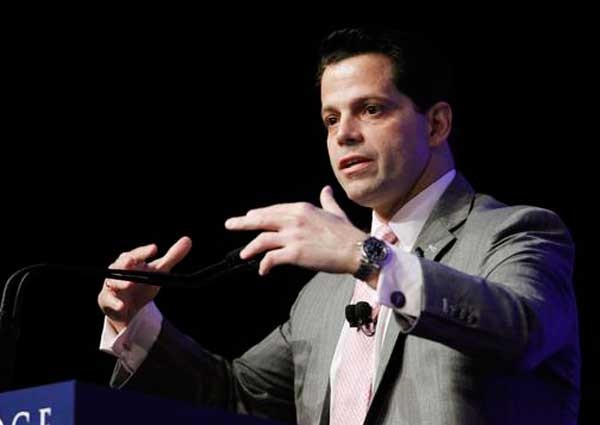 Anthony Scaramucci, speaks during the Skybridge Alternatives (SALT) Conference in Las Vegas, Nevada May, 9, 2012. Three CNN journalists have been fired over the publication of an article claiming of a probe into a meeting between Scaramucci and the Russian Direct Investment Fund.
Reuters

Three CNN journalists have resigned after the network retracted a thinly sourced scoop.

The story's author, Thomas Frank; an editor in CNN's new investigative unit, Eric Lichtblau; and head editor of the unit Lex Haris are no longer with the company as of Monday, a spokesperson confirmed.

The piece, which cited a single anonymous source, claimed a congressional committee was investigating a Russian investment fund's ties to a former member of Donald Trump's administration.

A day after its publication, CNN scrubbed the story from its site and replaced it with an editor's note.

The network never reported the news on air.

"That story did not meet CNN's editorial standards and has been retracted," the note read. "Links to the story have been disabled. CNN apologises to Anthony Scaramucci."

The article claimed that the now-discredited probe had centred on a meeting between Scaramucci, a banker who had been slated for a White House role, and the Russian Direct Investment Fund in the week leading up to Trump's inauguration in January.

"I did nothing wrong," he wrote. "They like hitting friends of [Trump] who are loyal advocates on his behalf."

CNN Media Reporter Brian Stelter reported that the network determined on Friday that the editors in charge of the story had bypassed crucial parts of the formal editorial process, which includes a review by fact-checkers, standards experts, and the company's lawyers.

CNN employees were told in a staff meeting Monday that the retraction didn't necessarily mean the facts of the story were wrong.

Rather, it was simply too thinly sourced to withstand scrutiny, Stelter reported.