Amid complaints about unwanted touching, Joe Biden jokes he got 'permission' to hug union president

Former US vice-president Joe Biden, facing a growing swell of allegations that he has made women uncomfortable with his use of physical contact, made light of the controversy on Friday (April 5) while continuing to lay the groundwork for a 2020 presidential run.

Speaking to the International Brotherhood of Electrical Workers in Washington, Biden joked that he "had permission" to hug the union's male president, Lonnie Stephenson.

The welcoming, mostly male audience responded with laughter and cheers.

Biden made a similar joke again after inviting some children of the attendees on stage and draping his arm around a boy. 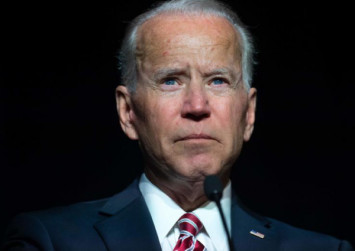 Biden's remarks were his first public comments since more than a half-dozen women aired their complaints that he had touched them inappropriately at political events.

In spite of the jokes, Biden told reporters after the event he is taking the complaints about his personal conduct seriously. But he stopped short of apologising.

"The fact of the matter is I've made it clear that if I made anyone feel uncomfortable I feel badly about that," he said. 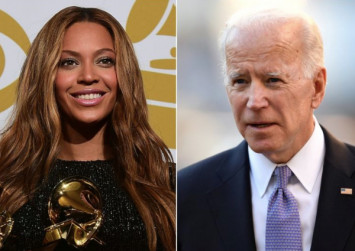 He pledged the concerns would change how he campaigns should he run for president. Biden, who served eight years as vice-president under President Donald Trump's predecessor, Barack Obama, and decades as a US senator, is expected to announce his plans later this month.

Sources close to Biden told Reuters this week that the flap over his history of hugging and touching members of the public at political events has not deterred an expected White House bid.

Biden's remarks on Friday were similar to those he offered in a video he released earlier this week on social media, in which he acknowledged that concepts of "personal space" had changed in the context of the #MeToo movement.

The enduring controversy underscores the challenge the 76-year-old career politician faces should he run.

While Biden consistently sits atop public opinion polls assessing the 2020 Democratic field, some in the party have said he is out of step with its more progressive, diverse and younger elements.

His travails have been noticed by Trump, who on Thursday retweeted a doctored version of Biden's video response to the accusations.

On Friday, Trump told reporters Biden is "going through a situation" and said he doesn't regard him as a political threat.

"I think he's only a threat to himself," Trump said at the White House before departing on a trip to California.

During his speech to the electrical workers union, Biden largely stuck to what is expected to be a persistent theme of his presidential campaign: the vitality of the nation's middle class.

"This country was not built by Wall Street banks, and CEOs and hedge fund managers," he said.

"It was built by the great American middle class."

He criticised Trump, arguing the president undermines the country's core values and is obsessed with settling personal scores.

And, highlighting the tension between Biden and other forces within the Democratic Party, he again complained about attacks from "the far left" over his pledge to work with Republicans should he be elected president.

"How do you get something done?" he wondered aloud.

#US news #Politics and Government