SYDNEY - Australian authorities said on Sunday they were checking whether rockmelons had been exported from a farm where fruit contaminated with listeria has been found to have killed three elderly people and caused illness in at least 12 others.

"Australia will be issuing notifications in line with international obligations when affected countries are identified," the department said in the email. 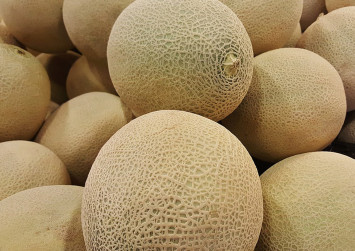 It declined to name possible export destinations, or if any had been recalled, while the investigation was underway.

Australian rockmelons with an export value of about $20 million per year go to Singapore, Hong Kong, New Zealand, the United Arab Emirates and Brunei, the Australian Melon Industry says in a report on its website.

The suspect cantaloupes were found to have been farmed at Nericon in the eastern state of New South Wales, however all government departments contacted refused to name the company that is the focus of the health scare.

But, Dianne Fullelove, industry development manager for the Australian Melon Association, told Reuters by text message that the grower had issued a trade level recall, meaning that its produce should not be on sale anywhere, either inside or outside the country.

"There is none of the produce from the implicated farm now in domestic or export markets," she said.

State health officials have confirmed they began investigating the listeria outbreak on February 19.

Listeriosis does not cause illness in many people but it can result in serious sickness and death in those with weakened immune systems.

Health authorities assured the public that all contaminated rockmelons were removed from Australian supermarket shelves.

Listeriosis symptoms can take up to six weeks to appear. The flu-like symptoms can lead to nausea, diarrhoea, infection of the blood stream and brain.

The bacteria is found in soil, water and vegetation and can contaminate food anywhere during the production process from harvesting to serving.