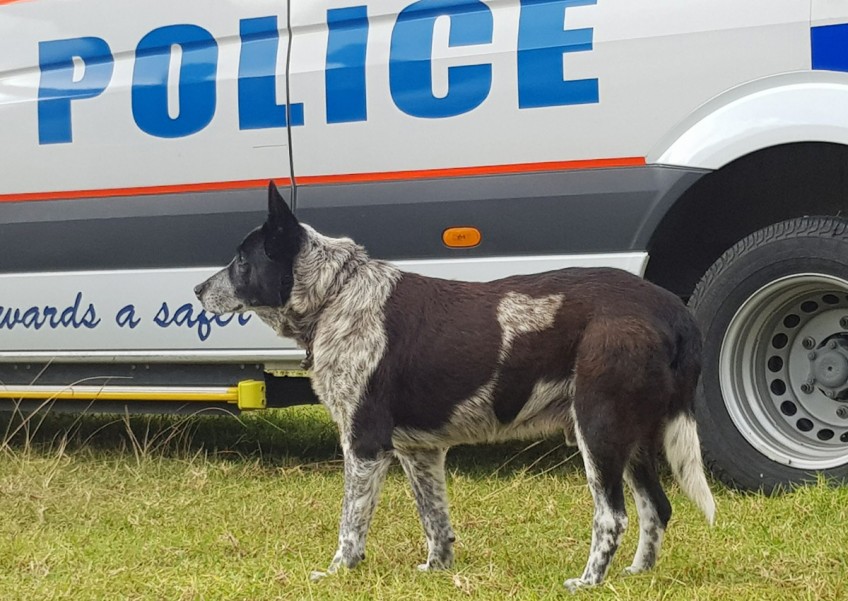 SYDNEY - A deaf and partially blind dog that kept a lost three-year-old girl safe in Australian bushland overnight was awarded police honours on Saturday (April 21) after leading rescuers to the child.

Emergency services began a search on foot and from the air for Aurora on Friday after the young girl wandered off into bushland on a rural property in Queensland state.

Seventeen-year-old blue heeler Max stayed with the child through a rainy night before leading family and rescuers to her on Saturday morning after more than 15 hours in the wild.

Police were quick to make the hero pooch one of their own.

"SUCH A GOOD BOY, MAX!," Queensland Police posted on Facebook.

"For keeping her safe until she was found, you're now an honorary police dog!" police posted alongside a picture of family pet.

To the relief of her distraught family, the three-year-old was in good health, rescuers said, suffering just minor scratches.

She was found on the property about two kilometres from the family home.

"The area around the house is quite mountainous and is very inhospitable terrain to go walking in," emergency services coordinator Ian Phipps told the Australian Broadcasting Corporation.

"So she'd travelled quite a distance with her dog that was quite loyal to her," he added.