Australia has reported more than 27,800 cases of Covid-19 and 907 deaths since the pandemic began.

In contrast to many other parts of the world imposing tougher rules to slow a resurgent spread of the virus, Australian states and territories have in recent weeks begun to ease nearly all restrictions. That has provided a huge boost to the country's ailing economy heading into the busy, pre-Christmas season.

NSW, the country's most populous state, will from Dec 1 allow restaurants, pubs and cafes to increase capacity.

In a bid to revive Sydney's business areas, Berejiklian said the state will from Dec 14 remove an order that requires employers to allow employees to work from home.

"It is necessary to ensure that we keep our economy moving, we keep jobs going, and that people feel more confident in 2021 about their livelihoods and their jobs," Berejiklian told reporters in Sydney.

Berejiklian said the changes would see more people on public transport, and the state would consider fining people who did not wear a mask while travelling on buses, trains and ferries. 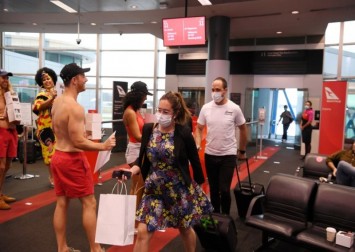 The announcement came as NSW recorded no local transmission of Covid-19 for the 18th consecutive day.

Australia's second most populous state, Victoria, also recorded no cases of Covid-19 in the past 24 hours.

Victoria state, where 90 per cent of the country's deaths related to the virus have occurred, has now gone 25 consecutive days without any infections detected.

With Victoria having got its second-wave outbreak contained, Queensland will open its border to the state on Dec 1.

Australia has reported more than 27,800 cases of Covid-19 and 907 deaths since the pandemic began. Just 100 active cases remain in the country, with most in hotel quarantine.