Baby born without penis in Turkey

A baby boy in Turkey has been born without a penis.

The unnamed boy was born with a defect known as penile agenesis, a condition so rare that only 80 cases have been reported worldwide.

Doctors at Erkaban University hospital said the boy's testicle had descended, but he had no other visible problems apart from his absent penis, according to a study published in the Urology Case Reports.

The baby's condition was examined by a specialist team who found that he had an "abnormal connection between his bladder and rectum". 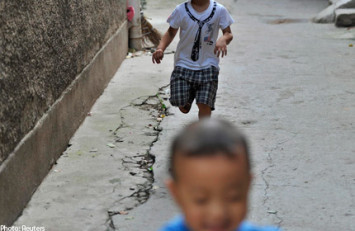 "This is the first report of an infant with the combination of penile agenesis, vesicoureteral reflux, and vesicorectal fistula."

Typically, doctors would recommend a female gender assignment for the anomaly, but the infant's family have decided against the procedure.