LONDON  - Prime Minister Boris Johnson returned to his Downing Street residence on Sunday after recovering from Covid-19, ready to take the helm again with pressure growing for the government to explain how it will ease a month-old coronavirus lockdown.

Johnson, 55, spent three nights in intensive care with the illness. A spokeswoman confirmed he was back at 10 Downing Street on Sunday evening after two weeks recovering at Chequers, his country residence.

He will resume full-time work on Monday and is “raring to go”, his stand-in Dominic Raab said.

On his desk, Johnson will find a letter from opposition Labour Party leader Keir Starmer urging him to set out when and how an economic and social lockdown to slow the spread of coronavirus might be eased, one of many demanding more information.

Raab, the foreign secretary, said speculation about this risked diluting the message that people should stay at home.

“We are at a delicate and dangerous stage and we need to make sure that the next steps are sure-footed,” he told Sky News.

Deaths in the community and in nursing homes are slower to arrive, meaning that the overall toll is likely to be significantly higher.

Stephen Powis, medical director of the National Health Service in England, said the “very definite” downward trend in the number of coronavirus cases in hospital demonstrated that social distancing was reducing virus transmission and spread.

Raab said the government was following medical and scientific advice, and that there would not be a sharp easing but a gradual progression to a “new normal”.

Later, at the government’s daily briefing, farming and environment minister George Eustice said the lockdown would next be reviewed “in a couple of weeks”.

Labour leader Starmer said in his open letter to Johnson that the government was falling behind the rest of the world by refusing to say more .

“Simply acting as if this discussion is not happening is not credible,” he wrote. 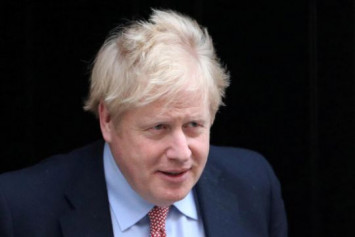 He said the government had been too slow to impose the lockdown, to expand testing and to get personal protective equipment (PPE) to hospital and care home staff.

A barrage of dire economic news has added to pressure on the government.

Businesses have reported an historic collapse in demand, retail sales have plunged by the most on record, government debt is surging, and a Bank of England interest rate-setter warning that the economic contraction could be the worst in centuries.

Eustice, the farming minister, estimated that only about a third of the migrant labour that would normally come to harvest fruit and vegetables over late spring and summer had made it to Britain before the lockdown.

He said the government was trying to find ways for some of the millions of furloughed workers now being paid by the government to take a second job harvesting produce.