China and the United States cannot do without one another, one of Beijing's most senior officials said Wednesday, as the world's two biggest economies struggle to end a damaging trade war.

"The Chinese and US economies are mutually indispensable, so their relations must be mutually beneficial and win-win," Chinese Vice President Wang Qishan told an audience at the World Economic Forum in Davos.

"This is the reality: neither side can do without the other side," said Wang, who plays a top role in resolving the US-China trade battle.

The annual conference in the Alpine ski resort was originally expected to see the two sides meet, but the White House cancelled the US delegation's trip due to the government shutdown in Washington.

Economic experts assembled in Davos are also worried about an economic slowdown in China, but Wang -- a close ally of President Xi Jinping - said the economy was growing at a healthy pace.

Read Also
Ronnie Chan, Trump and how China misread US in first round of trade talks 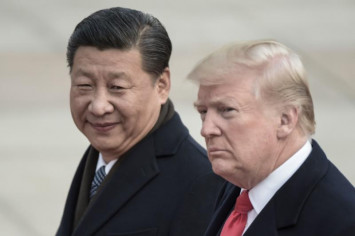 "The number is 6.6 per cent. I think this is a pretty significant number. Not low at all," Wang told the audience, referring to the growth rate for 2018, the lowest in 28 years.

The IMF on Monday warned that the US-China trade confrontation was feeding global uncertainty and threatening to drag down world growth.