Belgium's Health Minister said the link between the 18-year-old's death and electronic cigarettes was established.

BRUSSELS - An 18-year-old man died in Belgium of respiratory failure that authorities on Thursday (Nov 14) attributed to vaping and a mixture of harmful products in an e-cigarette.

The case echoes a wave of similar deaths in the United States that have been blamed on a product known as vitamin E acetate that is used a thickening agent in vaping oil.

"The link with the electronic cigarette is established. There is no other explanation for such severe pneumonia in this patient," Health Minister Maggie De Block said, when questioned in Belgian parliament.

The minister was questioned after several media reports announced the death on November 6 of Raphael, a Brussels resident, who had used an e-cigarette containing a cannabis derivative.

According to early findings, the product was cannabidiol (CBD), a popular and legal hemp component with mild soothing properties, but is also sold on the black market mixed with illicit and dangerous products.

Read Also
Vaping-linked lung injury may be caused by toxic fumes: US study 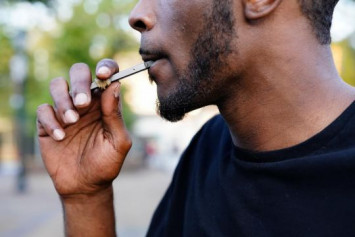 "The investigation must continue to establish the precise circumstances" of Raphael's death, De Block said, who underlined the country's strict rules on vaping.

In a report published in July, the World Health Organisation (WHO) ruled that electronic cigarettes were "undeniably harmful" and could not be recommended as a tool to help people quit smoking.

Health authorities in the US have classified vaping as "dangerous" for young people while the number of high school users increased almost twofold between 2017 and 2018.

US officials said on Friday they identified vitamin E acetate as the likely culprit behind a vaping-linked lung injury epidemic that has killed 39 people and sickened more than two thousand.

Vitamin E acetate is found in many foods and is also used in supplements and in cosmetics products like skin cream, but interferes with lung function when inhaled.