Between 3.6 per cent and 7.6 per cent of US boys reported having sexual intercourse before the age of 13 in a study published on Monday, but the prevalence varies widely by race, ethnicity and geographic location.

The study in the latest issue of JAMA Pediatrics looked at the results of two surveys to determine how common it is for US boys to have sex before the age of 13.

A total of 7.6 per cent of the nearly 20,000 male high school in one study reported having sexual intercourse before the age of 13. 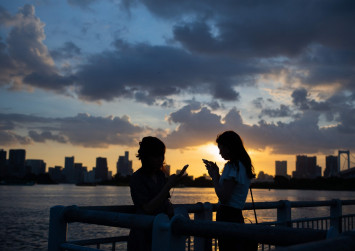 The proportion varied widely by geography -- from five per cent in San Francisco to 12 per cent in Houston, Texas, to 25 per cent in Memphis, Tennessee.

It also varied by race and ethnicity with non-Hispanic black and Hispanic male adolescents more likely than their white peers to have had sexual relations before becoming teenagers.

The authors of the study noted that while the overall numbers differed in the two surveys they showed similar differentials by race and ethnicity.

"Broad cultural scripts about masculinity and sex hold that men should start having sex early and have sex often," the study's authors said.

The study found that boys whose mothers did not have a college degree were more likely to report having had sexual intercourse before the age of 13.

Among those aged between 18 and 24 who reported having sex before the age of 13, 8.5 per cent characterized it as unwanted, 37 per cent said they had mixed feelings about it and 54.6 per cent described it as wanted.

"These findings underscore the need for providing comprehensive sex education that is culturally informed and inclusive before an individual's first sexual encounter and ensuring that health care practitioners discuss sex with their male patients starting during middle school years or earlier," the study's authors said.

The study did not look at girls' sexual behaviour but cited other research as saying that boys were more than twice as likely as girls to experience sexual intercourse before the age of 13.

The study was conducted by Laura Lindberg of the Guttmacher Institute in New York and other researchers.