Billionaires richer than 60 per cent of the world's population: Oxfam 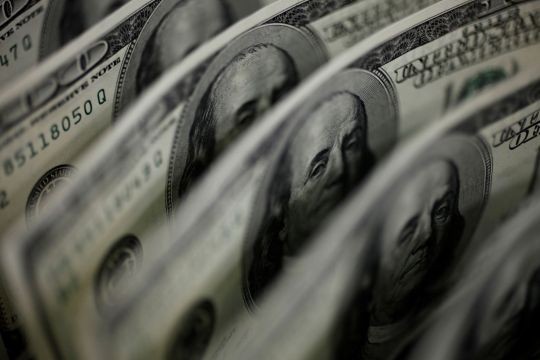 The numbers show that 2,153 billionaires now have more wealth than the 4.6 billion poorest people on the planet.
Reuters

DAVOS - The world's billionaires have doubled in the past decade and are richer than 60 per cent of the global population, the charity Oxfam said Monday (Jan 20).

It said poor women and girls were at the bottom of the scale, putting in "12.5 billion hours of unpaid care work each and every day," estimated to be worth at least US$10.8 trillion (S$14.55 trillion) a year.

"Our broken economies are lining the pockets of billionaires and big business at the expense of ordinary men and women. No wonder people are starting to question whether billionaires should even exist," Oxfam's India head Amitabh Behar said.

"The gap between rich and poor can't be resolved without deliberate inequality-busting policies," Mr Behar said ahead of the annual World Economic Forum in Davos, where he will represent Oxfam.

Oxfam's annual report on global inequality is traditionally released just before the forum opens on Tuesday in the Swiss Alpine resort.

It had some astonishing statistics.

"The 22 richest men in the world have more wealth than all the women in Africa," it said.

If the world's richest one per cent just paid 0.5 per cent extra tax on their wealth for 10 years, it would equal the investment needed to create 117 million new jobs in elderly and child care, education and health, Oxfam said.

Oxfam's figures are based on data from Forbes magazine and Swiss bank Credit Suisse, but they are disputed by some economists.

The numbers show that 2,153 billionaires now have more wealth than the 4.6 billion poorest people on the planet.

Women and girls are burdened in particular because they are most often caregivers that keep "the wheels of our economies, businesses and societies moving," Mr Behar said.

They "often have little time to get an education, earn a decent living or have a say in how our societies are run," and "are therefore trapped at the bottom of the economy," he added.

"Across the globe, 42 per cent of women cannot get jobs because they are responsible for all the caregiving, compared to just six percent of men," Oxfam figures showed.