OTTAWA - In a serious blow to Canadian Prime Minister Justin Trudeau, a second member of his Cabinet resigned on Monday (March 4), saying she had "lost confidence" in how the government had dealt with an escalating political scandal.

"Sadly, I have lost confidence in how the government has dealt with this matter and in how it has responded to the issues raised," Philpott said in a statement. "I have concluded that I must resign as a member of cabinet."

Andrew Scheer, head of the official opposition Conservative Party, repeated calls for Trudeau to quit amid "ethical rot" he said was undermining the rule of law. 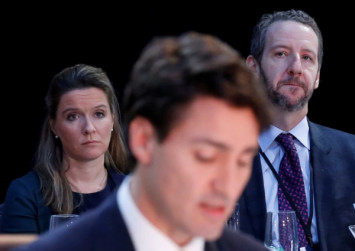 "Jane Philpott's resignation from cabinet clearly demonstrates a government in total chaos led by a disgraced prime minister consumed with scandal and focused only on his political survival," he told reporters in Toronto.

Trudeau has accepted the resignation and will address the matter later on Monday, said a spokesman.

The surprise resignation by Philpott, who was president of the Treasury Board, followed Wilson-Raybould's departure on Feb 12 amid the scandal that has led to opposition calls for Trudeau to step down.

A former top aide to Trudeau will on Wednesday address allegations that the aide inappropriately pressured Wilson-Raybould to help SNC-Lavalin.

Gerald Butts, who quit as Trudeau's principal secretary last month, will testify to the House of Commons justice committee from 10am ET (1500 GMT) to noon (1700 GMT) on Wednesday, the clerk of the committee said by email on Monday.

The question of what exactly senior officials did or did not do last year to aid SNC-Lavalin has rapidly become the biggest crisis of Trudeau's tenure in the run-up to an October election which opinion polls suggest he might lose.