WASHINGTON - Boeing has ousted chief executive Dennis Muilenburg in an attempt by the world’s biggest planemaker to restore confidence as a prolonged crisis has seen it halt production of its best-selling 737 Max jetliner following two fatal crashes.

Monday’s (Dec 23) sacking coincides with Boeing struggling to mend relations with the regulators it needs to win over to get the grounded 737 back in the air.

It also needs to regain trust with passengers and airline customers.

Chairman David Calhoun will take over as CEO and president, effective from Jan 13, Boeing said.

“The board of directors decided that a change in leadership was necessary to restore confidence in the company moving forward as it works to repair relationships with regulators, customers, and all other stakeholders,” it said in a statement.

Boeing shares, which have dropped more than 20 per cent over the past nine months, rose nearly 4 per cent in early trading.

The ousting of the company veteran followed a week of dramatic setbacks for Boeing, from a decision to halt production of the 737, to a public slap-down from the Federal Aviation Administration (FAA), a ratings downgrade and a space launch glitch on Friday.

Read Also
Boeing wants it to fly, but travellers fear the 737 MAX 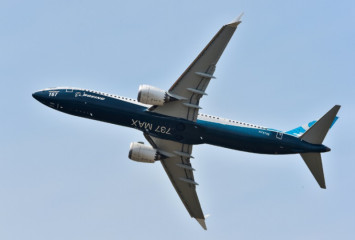 One source close to Boeing, which vies with Europe’s Airbus for industry supremacy, said the company needed to turn the corner and regain its stride as it faces what is widely seen as the worst crisis in its more than 100-year history.

The 737 Max has been grounded since March after two crashes in Indonesia and Ethiopia killed 346 people within five months.

Boeing said this month it would halt production of the jets in January, a decision that also threatens to hit the US economy. Economists estimate it will lower overall American economic growth by half a percentage point.

“Calhoun is respected in the industry,” Aboulafia said. “But long-term, does he bring the right tool kit? Private equity leans companies out. That’s not Boeing’s problem right now.”

Boeing – which has taken flak from the FAA for appearing to pressure the regulator by predicting when the planes would return to the air – pledged full transparency, including“effective and proactive communication” with regulators.

Analysts at British-based Redburn said Muilenburg’s dismissal suggested Boeing’s relationship with the FAA was “at its nadir and should improve from here”.

Muilenburg is owed more than US$6.6 million (S$8.9 million) in the event of a “lay off,” according to Boeing’s shareholder proxy statement.

But it was not clear if his departure would qualify as a dismissal “for cause,” where most severance payouts would be considered void.

The CEO, an engineer who started at Boeing as an intern in 1985, fought a rising tide of public and regulatory scrutiny to try to steady the company during the crisis.

He acknowledged errors in failing to give pilots more information on a stall-prevention system before the crashes and for taking months to disclose that it had made optional an alarm that alerts pilots to a mismatch of flight data on the 737 Max. 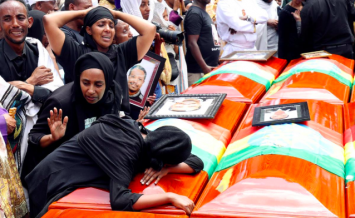 “We’ve made mistakes and we got some things wrong. We’re improving and we’re learning,” he told US lawmakers at a hearing in October.

Speculation that he would be fired had been circulating in the industry for months, intensifying in October when the board stripped him of his chairman title – although he had also twice won expressions of confidence from Calhoun.

A Boeing official said the board deliberated over the weekend and decided to oust Muilenburg in a phone call on Sunday.

In keeping Muilenburg in the job as long as Boeing has, the company was ignoring elements of the classic crisis communications playbook used by other companies, said Paul Argenti, a professor at Dartmouth’s Tuck School of Business.

“You want to bring somebody from the outside to bring fresh perspective to ‘save the day’,” Argenti said.

“He should have been gone a long time ago. He is part of the problem.”