A sniffer dog brought in by the French mountain police squad found the 12-year-old around 40 minutes after he was caught by the cascading mass of snow.

GRENOBLE, France - A 12-year-old boy was found alive on Wednesday (Dec 26) 40 minutes after being swept away and buried by an avalanche while skiing with his parents in the French Alps, rescuers said.

The family had just left a groomed run for an off-piste sector at the La Plagne ski area in south-east France when the boy was caught by the cascading mass of snow at around 2pm (9pm Singapore time).

He was not carrying a transmitting beacon that could alert rescuers to his position quickly.

But a sniffer dog brought in by the French mountain police squad from nearby Courchevel found him around 40 minutes later. 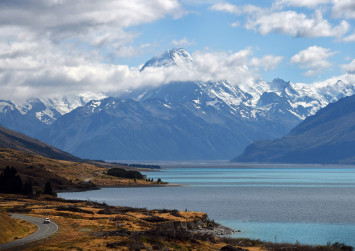 "It's a miracle because he had no victim detection device. The chances of survival are minuscule after 15 minutes under the snow," one of the rescuers told AFP.

The child, who suffered only a broken leg, was taken to the hospital in Grenoble.