LONDON  - British billionaire Jim Ratcliffe is interested in buying Manchester United, a source familiar with the matter told Reuters, after Elon Musk said his plan to buy the Premier League club was all part of "a long-running joke".

Musk, the world's richest person, said on Tuesday night (Aug 16) on Twitter that he wanted to buy England's most successful club before clarifying that it was a joke and that he had no interest in purchasing any sports teams.

The club's owners, the American Glazer family, are under pressure with United sitting bottom of the Premier League after two games of the season. Bloomberg reported they would consider selling a minority stake, opening the door for Ratcliffe.

A source close to Ratcliffe said the billionaire was a potential buyer as he wants to help rebuild the team. The Times first reported Ratcliffe's interest on Wednesday.

It is unclear if the interest would result in any deals. The Glazer family is not ready to concede the controlling stake in Manchester United and has an expectation of valuing the club at more than double its current market cap of US$2.2 billion (S$3 billion), another source said.

In May 2022, Chelsea Football Club was sold to a consortium led by an investment group led by Todd Boehly and Clearlake Capital for US$3.2 billion.

The Glazers have been the target of intense criticism for their failure to invest in the team who have not won a trophy in five years. United's net debt had grown 11 per cent to about £496 million by the end of March.

The owners have also been criticised for not improving the Old Trafford stadium, the biggest club ground in the country with a capacity of around 75,000 fans. 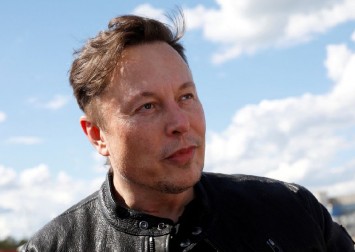 Ratcliffe, head of chemical company INEOS, is from the Manchester area and a long-standing United fan.

They won the last of their record 20 top-flight league titles in 2013, the year Alex Ferguson stepped down as manager after more than 26 years in charge.

The club hired manager Erik ten Hag from Ajax Amsterdam in a bid to turn around their fortunes but the Dutchman has not yet succeeded in imposing his playing style, with United losing their opening two games after conceding six goals.

United play their arch-rivals Liverpool, who scored nine times without reply in their two league meetings last season, at Old Trafford on Monday.

Shares of Manchester United jumped 6.96 per cent on Wednesday.