British tabloids fall out of love with 'Duchess Difficult' Meghan

LONDON - The honeymoon period for former actress and newly-minted British royal Meghan Markle, it seems, is over.

Six months on from her fairy-tale wedding to Prince Harry at Windsor Castle, Meghan is faced with a daily barrage of tabloid headlines criticising her courtly manner and warning her against becoming "Duchess Difficult".

Pregnant Meghan was credited with breathing fresh air into the royal institution when she married Prince Harry in May, but a series of reported palace fallings out and resignations have raised questions about her methods.

Senior courtiers have quit amid suggestions that Meghan is a demanding boss, firing off e-mails to staff in the early hours of the morning.

British tabloids have reported she made sister-in-law Kate cry during preparations for the wedding.

The family insists that Harry and Meghan's plan to move out from next door to his brother Prince William and Kate is driven by the imminent arrival of their first child, but many believe it is a sign of a deteriorating relationship.

Queen Elizabeth II was also believed to have been angered by Meghan asking to be loaned her emerald wedding tiara, according to newspaper reports.

It emerged last week that highly respected courtier Samantha Cohen would be leaving after Meghan's baby is born next spring following 17 years of royal service.

Another of Meghan's assistants also resigned six months after the wedding, tabloids reported.

To her supporters, the duchess is suffering blowback for her modernising ways and has become a scapegoat for the family's underlying problems.

"It is interesting how Meghan... has become such a lightning rod for so many controversies, from the royal family's - shall we say - race issues to the British media's obsession with pitting women against one another, with claims that she and Kate... are at one another's throats," wrote The Guardian's Hadley Freeman.

Royal expert Victoria Arbiter told US magazine Inside Edition that the rumours of Meghan being difficult were "founded from absolutely nothing".

ALL EYES ON CHRISTMAS

Meghan's estrangement from her father Thomas added fuel to the fire on Monday when he gave an interview calling for a reconciliation.

He defended his daughter against claims that she was rude to staff, saying that "she's always been polite", but added that she "has always been very controlling". 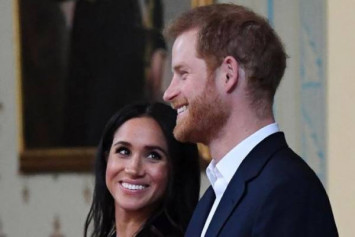 The 74-year-old also accused her of "ghosting" him since they fell out when he was found to have received payment for staged paparazzi photographs.

He was talking to Piers Morgan, the journalist who last year wrote about being friends with the "amazing Meghan Markle", but who says he is now shunned by her.

Guardian writer Freeman said that Meghan had become "a high-profile example of some men's inability to understand that women are allowed to say no".

"We have men acting like they have some kind of right over a woman," she wrote.

As with many families, Christmas threatens to be an occasion when tensions boil over, and royal watchers are casting a keen eye on this year's festivities.

The press has already leapt on Harry's decision not to join in the traditional Boxing Day pheasant shoot at the Queen's Sandringham Estate, apparently to avoid upsetting his anti-bloodsports wife.

They are also looking at signs of a rift between Harry and his brother William following reports of a feud.

"Flunkeys will be checking to see how long the Sussexes spend at the festivities," wrote Daily Mail columnist Richard Kay.

"Last year, they were among the last to arrive and the first to leave," he said, advising Meghan to "steer more towards being Duchess Different than Duchess Difficult".