'Burn-out' is an 'occupational phenomenon' not disease: World Health Organisation

GENEVA - The World Health Organisation said on Tuesday (May 28) that "burn-out" remains an "occupational phenomenon" that could lead someone to seek care but it is not considered a medical condition.

The clarification came a day after the WHO mistakenly said it had listed burn-out in its International Classification of Diseases (ICD) for the first time.

The World Health Assembly, WHO's main annual meeting which wraps up on Tuesday, approved at the weekend the latest catalogue of diseases and injuries, collectively known as the ICD-11.

While burn-out was listed in the previous version, the ICD-10, its definition has been changed in the latest edition of the text.

"The definition has been modified based on existing research," a WHO spokesman said in an e-mail.

WHO has now defined burn-out as "a syndrome conceptualised as resulting from chronic workplace stress that has not been successfully managed". 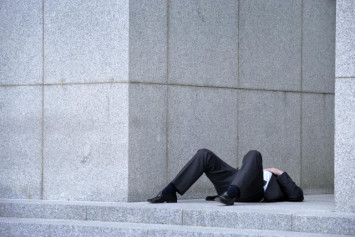 "Burn-out refers specifically to phenomena in the occupational context and should not be applied to describe experiences in other areas of life," according to the definition.

The updated ICD list was drafted last year following recommendations from health experts around the world.

The ICD-11, which is to take effect in January 2022, contains several other additions, including classification of "compulsive sexual behaviour" as a mental disorder, although it stops short of lumping the condition together with addictive behaviours.

It does however for the first time recognise video gaming as an addiction, listing it alongside gambling and drugs like cocaine.

The updated list removes transgenderism from its list of mental disorders, listing it instead under the chapter on "conditions related to sexual health".