Bourdain hanged himself, the network said in a statement.

He was found dead in a hotel room in Strasbourg, France, where he had been working on an upcoming episode of his program, CNN said.

The Dream Team confers on set of @partsunknowncnn at Chungking Mansions in Hong Kong @asiaargento @dukefeng52 Christopher Doyle and me.. Photo by @xiaohaixiao 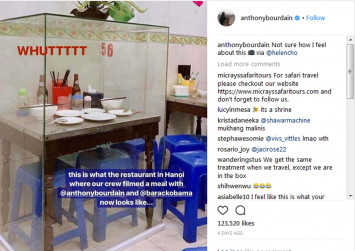 “It is with extraordinary sadness we can confirm the death of our friend and colleague, Anthony Bourdain,” the network said in the statement early Friday.

“His love of great adventure, new friends, fine food and drink and the remarkable stories of the world made him a unique storyteller. His talents never ceased to amaze us and we will miss him very much. Our thoughts and prayers are with his daughter and family at this incredibly difficult time.”

On the network, anchors struggled to hold back tears as they recalled their late colleague in heartfelt recollections and urged people faced with despair or who know people who are struggling with depression to call a suicide hotline. 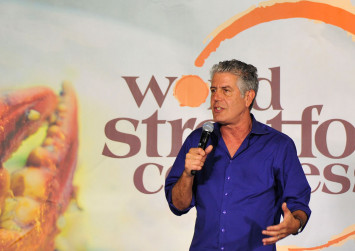 Bourdain’s death was the second suicide this week of a high-profile American figure.

Designer Kate Spade, who built a fashion empire on her signature handbags, was found dead in her New York apartment of suicide on Tuesday.

Suicide rates rose in nearly every U.S. state from 1999 to 2016, according to figures released by the U.S. Centers for Disease Control and Prevention on Thursday.

@anthonybourdain on the Star Ferry to Kowloon at night. I directed the new episode for @partsunknowncnn, airing this Sunday night on @cnn — cinematography by Christopher Doyle @dukefeng52