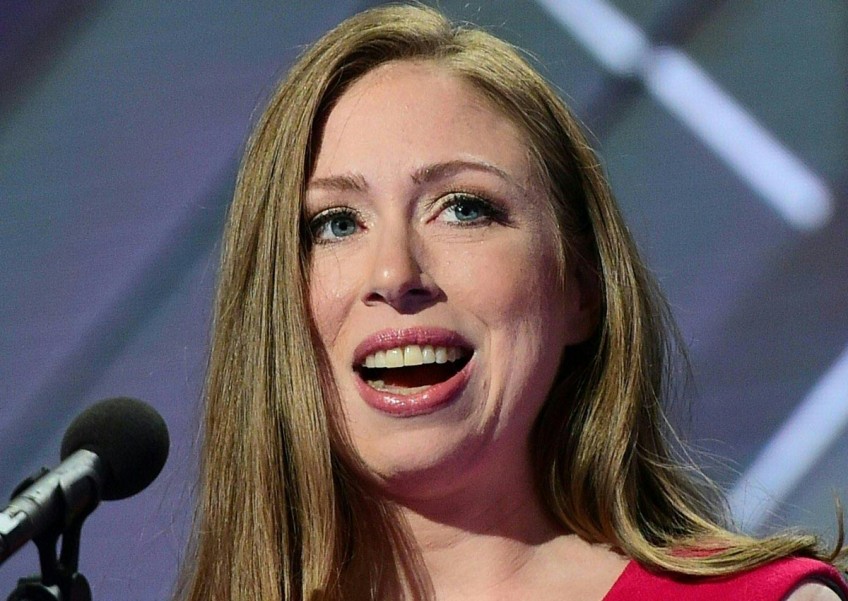 NEW YORK - Chelsea Clinton, the only child of former president Bill Clinton and his wife Hillary, said Thursday she will release a children's book highlighting the stories of inspirational women.

"She Persisted" will include portraits of "13 American Women who Changed the World," according to a picture of the book cover Clinton posted on Twitter.

"Persistence has changed the course of history -- I'm so excited to share stories of girls & women who didn't take no for answer on May 30th!" she tweeted.

The 13th woman remains a mystery.

The US media speculated that it could be her mother Hillary Clinton, the Democratic presidential candidate and former secretary of state who lost the November election to Republican Donald Trump.

Chelsea Clinton, 37, the mother of two children aged two years and nine months old, has herself drawn media speculation recently that she is planning to enter politics.

"The 13 women in 'She Persisted' all overcame adversity to help shape our country -- sometimes through speaking out, sometimes by staying seated, sometimes by captivating an audience.

"With this book, I want to send a message to young readers around the country -- and the world -- that persistence is power."

The book is scheduled to hit shelves May 30.

US media said it will be published by Penguin Random House.

The publisher did not immediately respond to requests for comment.

The title "She Persisted" is an apparent reference to Democratic Senator Elizabeth Warren, who was silenced last month during a debate.

Republican Senate Majority Leader Mitch McConnell defended his decision to invoke an obscure rule to halt Warren's speech, saying "She was warned. She was given an explanation. Nevertheless, she persisted."

"She persisted" became a rallying cry, particularly among women, and sparked a firestorm on social media.