Mr Huang Xiangmo had been a prominent donor to Australia's two major parties before being effectively banned from the country on Feb 6, 2019.

The Chinese businessman barred from Australia on suspicions he is part of a Communist Party influence campaign said he had been treated in a "grotesquely unfair manner" on Friday (Feb 8) and suggested his political donations could be returned.

The long-term Sydney resident had been a prominent donor to Australia's two major parties before being effectively banned from the country on Wednesday.

In a statement, Mr Huang Xiangmo said the decision to cancel his residency visa was "based on unfounded speculations that are prejudiced and groundless".

Mr Huang led one of a series of "reunification councils" that advocate in support of Chinese Communist Party policies. 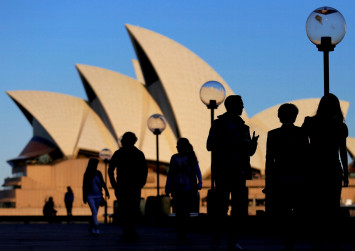 Mr Huang described the groups as being "local community organisations lawfully registered" without backing from foreign governments, and called on Australia's government to present evidence of wrongdoing.

After donating millions of dollars to both the Liberal and Labor parties, Mr Huang insisted he followed the rules.

"If any of the past donations I made was deemed inappropriate by any political party or political figure, I again propose the option for them to duly return the amount donated without the need to pay any interest," he said.

"The returned money will be then donated to Australian charitable organisations accordingly."