Chinese family say they were scammed over $8.9m Stanford payment

The mother of a Chinese student admitted Friday she paid $6.5 million (S$8.9 million) to the man at the heart of a US college admission scandal but said she was duped into believing the sum was a charitable donation.

American academia has been rocked by a colossal bribery scandal run by William "Rick" Singer who has pleaded guilty to working with corrupt coaches, university administrators and exam monitors to get the children of wealthy families into prestigious colleges.

The $25 million scam, which was revealed by US prosecutors earlier this year, has seen some 50 people charged including Hollywood actors and industry CEOs.

Most of the cases that have come to light through indictments or guilty pleas have involved parents paying anywhere between $15,000 and $600,000 to ensure their children got into college.

But earlier this week US media reported that Singer received a huge payment of $6.5 million from a wealthy Chinese family whose daughter Yusi Zhao got into Stanford in 2017. 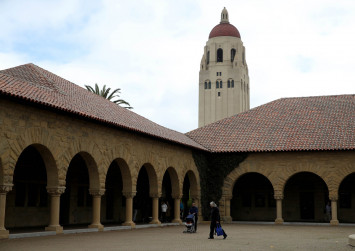 On Friday, Hong Kong-based lawyers for Zhao's mother released a statement on her behalf in which she said the payment was made but that Singer had led her to believe it was a legitimate donation that would go towards Stanford's staff salaries and scholarship programme.

"The donation is in the same nature as those that many affluent parents have been doing openly to prestigious universities," the statement read, adding they had made it a month after their daughter was accepted into Stanford.

"Since the matters concerning Mr Singer and his foundation have been widely reported, Mrs Zhao has come to realise she has been misled, her generosity has been taken advantage of, and her daughter has fallen victim to the scam," it added.

Law firm Mayer Brown declined to give the mother's full name or say whether Yusi Zhao is still at the prestigious Ivy League college.

The New York Times said her father is a wealthy businessman who made his fortune in traditional Chinese medicine and health supplements.

A reporter from the paper who visited the family's home in an ultra-wealthy district on the outskirts of Beijing this week said a Ferrari, a Tesla, a Bentley and a Land Rover could be seen parked outside a California-style mansion.

Prosecutors in the US have not filed any charges against the Zhao family.

American colleges are highly sought after among Chinese families and a booming industry has flourished offering consulting and test preparation advice. Chinese students have also become a hugely lucrative demographic for those colleges.

US media have reported only one other family paid Singer a seven figure sum -- a Chinese family who allegedly paid $1.2 million to get their daughter into Yale.