SYDNEY - Chinese movie actor Gao Yunxiang and a producer pleaded not guilty in an Australian court on Friday (Jan 25) to charges of sexual assault, setting the course for a trial later this year, a court official said.

Gao and Chinese producer Wang Jing both entered the pleas during a short procedural hearing at the New South Wales state District Court and a judge booked the matter for a six-week trial starting in October, the court spokeswoman told Reuters.

The 36-year-old star of Chinese television programs Goddess of Mercy and Legend of Mi Yue and his producer were charged with aggravated sexual assault and depriving a woman of her liberty, as well as related crimes over an incident at a Sydney hotel in March 2018, according to Australian media.

The incident allegedly took place at the Shangri-La hotel after a wrap party for a television series, Love in Aranya, which the men had been shooting in Sydney, media said.

The complainant's identity has not made public, as Australian law bars media from identifying complainants in sex crimes. 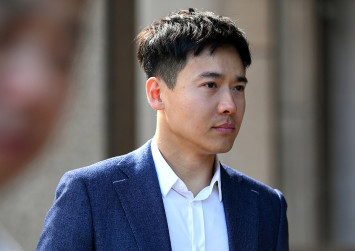 Australian media have said he paid A$3 million (S$2.89 million) as bail surety and his bail conditions included wearing an electronic bracelet, a nightly curfew and a ban on going within 100 metres of Sydney Airport.

The producer was not given bail, and remained in custody.

A pre-trial hearing has been set for Sept 6, with the trial to begin on Oct 21.