WELLINGTON - People charged with possessing or distributing the video of a gunman's deadly rampage at two New Zealand mosques last month have been getting death threats, local media reported on Tuesday (April 16).

Footage of the horrifying massacre, in which 50 people were killed, was live-streamed and quickly spread around the internet in the hours after the attack.

Authorities warned people against sharing the video, which they declared illegal in New Zealand, as a wave of revulsion rippled throughout the country.

Six people appeared in court on Monday charged with possessing or spreading the footage of the March 15 atrocity. 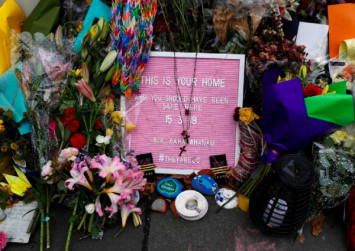 Prosecutor Pip Currie said "death threats have already been made" against some of the defendants, the Christchurch Court News website said.

The names of five of the six cannot be published because of a court order.

Judge Stephen O'Driscoll released three of the defendants on bail, ordering that the suppression order remain in place and warning against anyone taking the law into their own hands.

"It would be wise to let justice take its course without any outside interference, by anyone either supporting those who have come before the court, or anyone wishing to exact some form of justice on them before they come before court," O'Driscoll said.

One of the accused, an 18-year-old, was also charged with possessing a photo of one of the mosques with the caption "target acquired".