Last year, wealthy nations snapped most of the available shots, meaning less than a third of people in low-income countries have been vaccinated.

BRUSSELS/LONDON - The global project to share Covid-19 vaccines is struggling to place more than 300 million doses in the latest sign the problem with vaccinating the world is now more about demand than supply.

Last year, wealthy nations snapped most of the available shots to inoculate their own citizens first, meaning less than a third of people in low-income countries have been vaccinated so far compared with more than 70 per cent in richer nations.

As supply and donations have ramped up, however, poorer nations are facing hurdles such as gaps in cold-chain shortage, vaccine hesitancy and a lack of money to support distribution networks, public health officials told Reuters.

In January, Covax, the global vaccine programme run by Gavi and the World Health Organisation (WHO), had 436 million vaccines to allocate to countries, according to a document published in mid-February.

But low-income nations only asked for 100 million doses for distribution by the end of May - the first time in 14 allocation rounds that supply has outstripped demand, the document from the Covax Independent Allocation of Vaccines Group said.

Asked to comment, a Gavi spokesperson said Covax was now in a situation where there was enough current supply to meet demand, but acknowledged that the roll-out of vaccines was an issue in several less developed nations.

"We will only close the vaccine equity gap once and for all if we are able to help countries roll out vaccines rapidly and at scale," the spokesperson said.

Vaccines that are not assigned by Covax in this round can be allocated again later.

While wealthy countries are opening up their economies, the WHO and other public health experts warn that the slow roll-out of vaccines in poorer regions will give the coronavirus a chance to mutate again and potentially create new variants.

The low demand for vaccines in the January allocation is partly explained by recent increases in supplies. Covax has already assigned tens of millions of doses to be delivered in the first quarter and delivered its billionth dose in January.

Officials involved in vaccine distribution said that meant countries were reluctant to take on more doses that they would not be able to use.

A summit to address distribution challenges is taking place on Wednesday (Feb 23) in Abuja, Nigeria, convened by the African Union's Africa Vaccine Delivery Alliance with WHO, Gavi and others rolling out shots across Africa attending.

There had been hopes that African countries would be able to administer billions of doses of Covid-19 vaccines given their experience in dealing with deadly diseases from Ebola to malaria.

But two years into the crisis, a survey seen by Reuters by the United Nations Children's Fund (Unicef) in January on the equipment needed to ramp up vaccine distribution highlighted some of the challenges.

It found "critical gaps" across 44 of the African Union's 55 member states: 24 countries said they needed fridges, 18 were in need of deep freezers, 22 required walk-in freezers and 16 did not have sufficient walk-in cold rooms.

A Unicef spokesperson said more than 800 ultra-cold chain freezers had already been delivered to nearly 70 countries, as well as 52,000 fridges.

"We are continuing to help countries identify and close cold chain capacity gaps as supply increases and governments adjust national-level vaccination targets in response," she said.

The problem is particularly acute for Covax because the Pfizer-BioNTech shot that needs to be kept super-cold has replaced AstraZeneca's vaccine as the main one being offered by the global programme.

Some African countries, such as Burundi and Guinea, have gaps at every point in the cold chain, from national level to local distribution centres, the Unief survey showed.

The findings are likely to underscore growing concerns that Covax did not invest quickly enough in infrastructure and equipment for countries it was delivering vaccines to.

The issue is exacerbated by a lack of funding and because countries have not had enough notice of deliveries - particularly donations - making it harder for them to plan vaccination campaigns, public health officials have said. 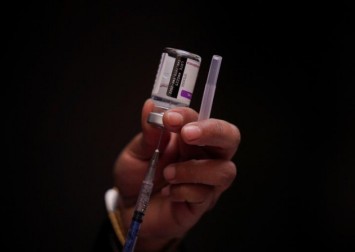 Officials involved in the distribution of vaccines in Africa also said more focus needed to be placed on communicating the importance of getting vaccinated - and addressing disinformation.

"Communication is one of the biggest issues... if we don't get the messaging right, everything else we are doing is futile," one of the officials said, speaking on condition of anonymity.

Money has also started to dry up for global initiatives as richer nations seek to move on from Covid-19.

Gavi says it has only raised US$195 million (S$262.18 million) out of the US$5.2 billion it has asked for this quarter. The money is used to procure and ship vaccines, as well as provide syringes and delivery support in countries.