Lego has been searching for years for a formula to revive a decade-long double-digit growth streak.

Mr Niels Christiansen said years of investment had paid off just in time for the pandemic, with an improved online sales system and new sets to build from plastic bricks, such as robots that can be programmed on a smartphone.

"Covid has accelerated trends that were already in motion. More people shopped online," he said. "We've seen more families at home building together."

Lego has been searching for years for a formula to revive a decade-long, double-digit growth streak that came to an end in 2017. That year, the family-owned firm hit the reset button, bringing in Mr Christiansen as CEO.

"For the past two years, we've made large-scale investments in initiatives designed to support long-term growth," Mr Christiansen said. "In 2020, we began to see the benefits of these, especially in e-commerce and product innovation." 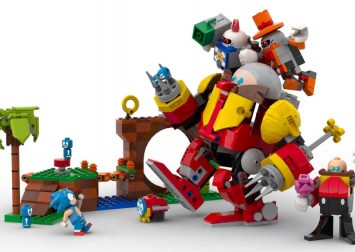 He declined to say how much online sales grew last year, but said the number of visitors on Lego.com doubled to more than a quarter billion in a year.

Rival toymaker Mattel, behind the Barbie brand, last month reported 2 per cent annual net sales growth for 2020, while Hasbro, the maker of Monopoly, saw net revenue decline 8 per cent for the year.

Mr Christiansen said Lego gained around one percentage point of market share globally, picking up in most of its markets.

The firm also increased its number of physical stores by 134, including 91 new outlets in China, its biggest growth market. The company expects to open 120 stores in 2021, 80 of those in China.