People wearing face masks line up at a testing centre for the coronavirus disease in Hong Kong, China on Feb 23, 2022.

The following is a summary of some recent studies on Covid-19. They include research that warrants further study to corroborate the findings and that has yet to be certified by peer review.

Psychological stress from the pandemic may be widespread, but those who have had Covid-19 are at much higher risk for new mental health problems than individuals who have managed to avoid the virus, according to a new study.

Researchers compared nearly 154,000 people who survived at least a month after a Sars-CoV-2 diagnosis to more than 5.6 million peers without prior Covid-19 infections.

The risks for these problems "were increased even among people who were not admitted to hospital" but were highest among those who had been hospitalised for Covid-19, the researchers reported in The BMJ.

"To all the people who are suffering from one or more of these conditions: You are not alone," said study leader Ziyad Al-Aly of Washington University in St. Louis.

"Seek help. It is always better to get these things identified and treated early." The problem needs attention from policymakers and governments "before it balloons into a much larger crisis," he said.

The BA.2 version of the Omicron variant of the coronavirus, while potentially more transmissible than its BA.1 predecessor, has not led to more hospitalizations or more severe disease in South Africa, researchers have found. 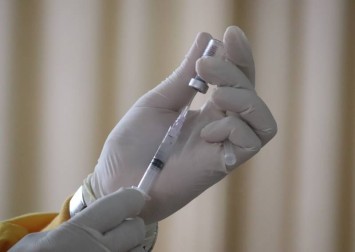 Using national databases to track patients diagnosed with Covid-19 from Dec 1 through Jan 20, researchers reported on Saturday (Feb 19) on medRxiv ahead of peer review that hospitalisation rates were 3.4 per cent for those infected with original Omicron and 3.6 per cent for individuals with BA.2 infections.

Among 3,058 patients who required hospitalisation for Covid-19, severe disease was diagnosed in 33.5 per cent of original-Omicron patients and 30.5 per cent of BA.2 patients.

"By the end of January 2022, most Covid-19 infections were due to BA.2," said Dr. Nicole Wolter of South Africa's National Institute for Communicable Diseases in Gauteng. "We found that individuals that were infected with BA.2 did not have a higher risk of being admitted to hospital," she said.

"While BA.2 may have a competitive advantage over BA.1 in some settings, the clinical profile of illness remains similar," the researchers concluded.

However, they noted that because many people in South Africa had previously been infected with earlier variants, their findings may not be typical or translate easily to other countries.

An inexpensive, compact version of equipment that is usually bulky and costly can find the coronavirus in saliva with the accuracy of a PCR test and the speed of rapid antigen tests, according to Spanish researchers.

The experimental device employs flow cytometry, which uses lasers to count and sort cells and particles in liquid as it flows through a very small tube. The saliva is mixed with a solution containing fluorescent antibodies that attach themselves to any coronavirus particles.

Read Also
Easing curbs in 'Covid-zero regions' could cause 2 million deaths in a year: China study 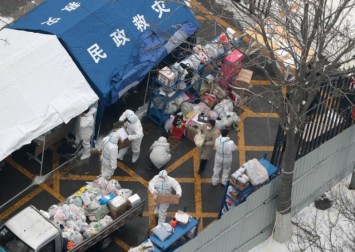 After about 20 minutes, the liquid gets passed through the tube, where lasers will detect any fluorescence and trigger a positive reading, the researchers explained on Tuesday in Biomedical Optics Express.

t"Given the results, we believe that our (equipment) in conjunction with saliva samples has great potential for becoming a fast, portable, user-friendly point-of-care device, able to perform up to 2000 tests per day," the researchers concluded.

"By selecting proper antibodies, this technology could also be adapted for the detection of other viruses, such as ... influenza virus, or even microorganisms in water, such as Legionella and E-coli," coauthor Ewelina Wajs of The Institute of Photonic Sciences in Barcelona, said in a statement.