The conclusion was outlined in a report by the UN special rapporteur on extrajudicial, summary or arbitrary executions, Agnes Callamard.

Callamard, an independent human rights expert who does not speak for the United Nations but reports her findings to it, called on UN Secretary General Antonio Guterres to initiate an international criminal investigation into the case.

She told reporters in Geneva it was clear "the execution of Mr Khashoggi was the responsibility of the state of Saudi Arabia." 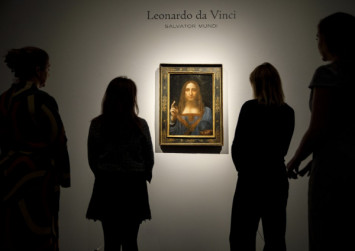 Guterres' spokesman Stephane Dujarric responded to Callamard's call for a UN inquiry by stating: "The Secretary-General does not have the power or the authority to launch criminal investigations without a mandate from a competent intergovernmental body. Power and authority to do that lies with Member States."

If UN member states do not carry out a full and effective criminal investigation, they would have to back a Security Council resolution, under the appropriate UN Charter provisions.

Khashoggi, a Washington Post contributor and critic of Prince Mohammed, was murdered at the Saudi consulate in Istanbul on October 2.

His dismembered body has not been found.

Riyadh initially said it had no knowledge of his fate, but later blamed the murder on rogue agents.

Saudi prosecutors have absolved the crown prince of responsibility.

But Callamard said probes by Saudi Arabia and Turkey "failed to meet international standards regarding the investigation into unlawful deaths".

The new report said there was evidence of the crime scene being "thoroughly, even forensically, cleaned" by the Saudis, in what "may amount to obstructing justice".

The Saudi crown prince must have been aware of the cover-up efforts, Callamard said.

She stressed she had found no concrete evidence about who ordered the killing, but said "people directly implicated in the murder reported to him (the crown prince)".

"What needs to be investigated is the extent to which the crown prince knew or should have known what would (happen) to Mr Khashoggi, whether he directly or indirectly incited the killing... (and) whether he could have prevented the execution," she said.

The UN expert insisted that any international sanctions over Khashoggi's killing "ought also to include the crown prince and his personal assets abroad, until and unless evidence is provided and corroborated that he carries no responsibilities for this execution".

Asked whether there should be any arrests, she said: "if and when the responsibility of those individuals has been proven... then absolutely."

NO FINDING ON 'GUILT'

Callamard stressed that "no conclusion is made as to guilt," in her findings which were based on a large body of evidence, including CCTV footage from inside the consulate and recordings of the killing itself.

"The only conclusion made is that there is credible evidence meriting further investigation, by a proper authority, as to whether the threshold of criminal responsibility has been met," she said.

The recording of the killing features an official asking if "the sacrificial animal" had arrived, sounds of a struggle, and someone saying "keep pushing", the report said.

"Assessments of the recordings by intelligence officers in Turkey and other countries suggest that Mr Khashoggi could have been injected with a sedative and then suffocated using a plastic bag," it added.

The report named 15 people suspected of having been part of the mission to kill Khashoggi, and suggested many of them were not on the list of 11 suspects facing a closed-door trial in Saudi Arabia.

Callamard questioned the credibility of the trial and urged its suspension, saying it would be best for the international community to take over the probe and any subsequent prosecution.