Seven foreign women and girls murdered, some dumped in a toxic lake - the "first serial killings" in Cyprus have provoked horror and sparked accusations of police racism.

Since mid-April, the Mediterranean island's press has slammed official failings over the murders, which 35-year-old army officer Nicos Metaxas has allegedly confessed to carrying out.

Andreas Kapardis, a criminologist and emeritus professor at the University of Cyprus, said the killings were first such case since the island won its independence in 1960.

"For Cypriots, discovering a serial murderer in their own society is … unique", he said. 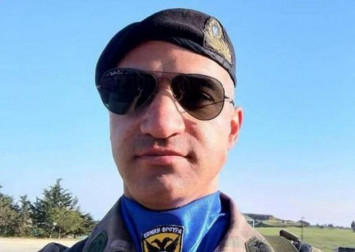 All the women had been reported missing, but police failed to follow up the cases, allowing the alleged killer to carry on for nearly three years.

"The more the investigation advanced, the more it became clear that the police botched the searches because these were immigrant women," said Maria Mappouridou, who has organised protests over authorities' handling of the cases.

The killings "hit many of our weak spots - our relationship with women, immigrants and the lack of care of the police", she said.

The discovery of five bodies in just a few weeks has shaken the popular holiday island's normally stable political landscape.

The justice minister has been forced to resign and President Nicos Anastasiades has fired the police chief.

The head of state criticised the police for "apparent negligence and dereliction of duty" and acknowledged that better initial investigations could have prevented some of the killings.

The Cyprus Mail has reported that police fobbed off pleas to investigate individual disappearances by claiming the women had left the island via the north - a breakaway Turkish-backed republic that remains unrecognised by the international community.

"If the police had done their job … five lives could have been spared," the paper said in a recent editorial.

"Perhaps the police's utter disregard … reflects the attitude of our society."

For Lissa Jataas, founder of Obreras Empowered, an NGO that promotes the rights of housemaids, the murders were a "wake-up call".

"Now we need to talk - to make government and immigrants sit at the same table" to discuss sexual and physical violence, she said.

In late April, as police trawled the toxic waters of a man-made lake near Nicosia, Mappouridou took to social media to call for a protest outside the presidential palace.

Hundreds of people, both Cypriots and foreigners, gathered at the site in the capital on consecutive Fridays.

Among them was Nicoletta Georgiou, an event organiser who voiced anger that authorities had failed to protect the women.

"You have to remember migrants are part of our society," the 26-year-old said. "I don't know a family here who does not have a nanny, a cleaner."

But, she said, "the victims were doubly invisible - female and foreign."

Mappouridou has been digging back into unresolved disappearances on the island, and has found 35 dating back to 1990.

Most were foreign women, several adolescents.

She is now campaigning to "ensure that the police do their job properly" and investigate the cases.

But criminologist Kapardis cautioned that the police are often faced with "disappearances of foreigners that are very difficult to resolve".

The killer chose "immigrant women, isolated and vulnerable", he said.

If he had targeted "a Cypriot woman, her family and friends would have rallied to find her … and the police investigation would have been easy".

With 864,000 residents, Cyprus has a reputation as an oasis of peace in a troubled region.

Yet it has one of the highest murder rates in the European Union, according to the most recent figures from Eurostat.

After the killings, "Cypriots seem to have discovered that immigrant women are not safe here", said one Ethiopian domestic worker, who asked not want to be named.

"But we knew it from the beginning," she said.