DAVOS, Switzerland - Touting its green credentials, the World Economic Forum has pushed back against research that said company bosses are flying to Davos in record numbers on polluting private jets.

The study this week from the leasing company Air Charter Service (ACS) forecast that nearly 1,500 such flights would occur over the week of the forum, to and from four airports near Davos in the Swiss Alps.

That would be higher than previous Davos meetings, it said, triggering accusations from activists that CEOs are failing to back up their talk on fighting climate change, stamping an outsized carbon footprint with their luxury aircraft.

"From an environmental perspective, taking a private jet is the worst way to travel to Davos," the WEF said in a blog post.

But it said one of the airports examined by ACS was not affiliated with the forum, and another was a military base used only for "public figures" such as heads of state, and that its flight operations were classified.

On its own calculation using "real numbers" covering the two remaining airports, Zurich and St Gallen, the WEF estimated there would be 14 per cent fewer private jet flights this year compared to 2018, or about 270 in total.

The WEF calculated private jet flights in and out of the airports over the course of three days around the forum, while the ACS study looked at six days.

But the ACS study was "based on very unclear methodology and forward-looking statements", it said, attacking "a PR release from a commercial operator".

The ACS issued a new statement in response, defending its calculations as based on all the airports likely to be used - WEF-affiliated or not - and over a longer time-frame.

It said the military base in question did have unclassified flight movements which factored into its study.

"There is no available data which would lead us to predict a decline in aircraft movements, however, like with any prediction, we could be wrong," the company said.

"The nature of private jet travel means travel plans can be flexible, and global events could increase or decrease the actual numbers dramatically."

The private jets story made headlines this week, appearing to undermine the warm words on climate change from both the WEF and company bosses attending the elite forum. 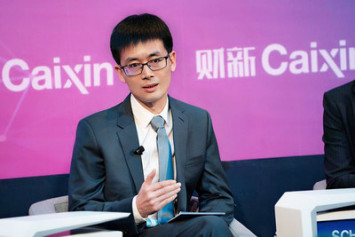 However, the forum has been emphasising its broader environmental credentials, saying it offsets the carbon emissions generated by private aviation as much as possible through its own initiatives on the ground.

Dominic Waughray, head of Global Public Goods at the WEF, said most of the private flights were actually for government officials.

"So that is a sort of security brief, but we still offset them," he told AFP last week.

However they first reach Switzerland, plenty of CEOs still use helicopters to fly on to Davos in the Alps, and then limousines to ferry them around the crowded town, despite WEF appeals for participants to walk or take shuttle buses.

"I think it is insane that people are gathered here to talk about the climate and they arrive here in private jet," 16-year-old Swedish campaigner Greta Thunberg told AFP on Wednesday, after spending 32 hours on trains to reach Davos.

But the ACS also defended the WEF, and conceded that many of its own customers would be bound for Davos this time of year.

"Our figures are based on fact, but in no way was this an attack on the WEF, which is a force for good," a spokesman for the London-based company told AFP.