Diana: The Interview That Shocked The World is a vivid documentary on one woman's courage

In the space of one interview, Princess Diana changed the world – and the shockwaves of her boldness are still rippling 26 years on.

Just two months ago, damning details of forgery and fraud by her BBC interviewer, Martin Bashmir, resurfaced; Bashmir has confessed to faking bank statements that tapped into her fears of being spied upon by her staff, in order to gain her trust. In a press statement, Prince William condemned his mother’s deception in no uncertain terms: “[T]he BBC’s failures contributed significantly to her fear, paranoia, and isolation.”

But it isn’t Diana the deceived victim, or ‘shy Di’ the fearful ingénue, which emerges in the latest documentary on the late princess – Diana: The Interview That Shocked The World. Directed by Edward McGown, this documentary revisits her now-infamous interview of 1995, when she broke every royal rule to tell the world about her unhappy marriage with Prince Charles, her harrowing treatment by the royal family, and even her struggle with depression.

What emerges is a gripping portrait of an extraordinarily brave woman – a pioneer who made it normal to share emotions openly, and a mental health champion in an era of stifling stigma.

The documentary is an insider’s peek behind the explosive interview, weaving together commentary from those on the ground two decades ago. We hear from Diana’s own butler, Paul Burrell, about the start of her covert meetings with BBC journalist Bashmir.

A bevy of former BBC royal correspondents adroitly set the stage for Diana’s televised bid for freedom – from the perfect family fantasies that still held 1990s Britain hostage, to internal BBC clashes that threatened to quash the interview, to the complex finagling that finally snuck the journalists into Kensington Palace. 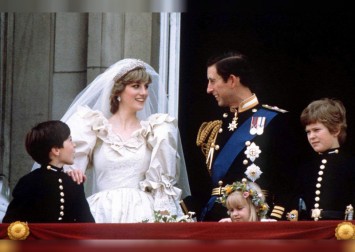 Most of all, what shines through is the true extent of one woman’s courage. After all, Diana was closely watched by her royal minders – she could hardly stroll into the BBC and start dropping truth bombs.

The documentary unearths the long weeks of covert groundwork on her part, while fleshing out the many pressures on her to stay silent. Even as late as 1995, talking about depression, or bulimia, or your crumbling marriage just wasn’t done – and Diana did it all. By the end of the film, it’s hard not to see the shocking interview as her triumph.

The recent revelations about Bashmir’s underhand tactics suggest, of course, that this isn’t the whole truth. The biggest hole in this well-woven documentary is those phony bank statements, which were uncovered by the Mail back in 1996 but swept under the rug by the BBC.

Chris Blackhurst, ex-editor of The Independent, hints at suspicions that things weren’t ‘quite what they seemed’, but the documentary otherwise skates over this – understandably, since it was produced before the revelations resurfaced this May.

This leaves us with the uneasy question of how to square Diana’s apparent empowerment with her deception. Statements by the royal family, unsurprisingly, have already urged that her life-changing interview “holds no legitimacy and should never be aired again”.

Watch this film, though, and you’ll find it tough to dismiss her interview so easily. Delving beyond the hatching of the plot, the documentary poignantly underscores the human impact of Diana’s boldness.

Because she spoke up, millions of women with post-natal depression, and the many others trapped in unhappy marriages then and since, have felt a little less alone. However you read her iconic tell-all, its power is undeniable – after all, we’re still talking about it today.

Diana: The Interview That Shocked The World is now available for streaming on iwonder.