As British MPs prepare for a historic vote on the future of Brexit, the country is back on a campaign footing and the bitter divisions of the 2016 referendum have re-surfaced.

Second referendum campaigners are setting up stalls at Christmas markets nationwide, while hardline Brexiteers are pushing their message of a clean break on tours of Britain.

"It really does feel like 2016 all over again," said Politico's Jack Blanchard, reacting to the daily news diet of dire economic forecasts and heated political debates.

Different sides in the debate are urging people to put pressure on their MPs ahead of the December 11 vote, hoping their vision of Britain's future will win the day.

Polls indicate that some Britons -- a minority -- do support Prime Minister Theresa May's compromise deal with Brussels, hoping to put an end to a tortuous debate.

But hardliners instead want a cleaner break to escape the "tentacles" of Europe once and for all, while moderates are campaigning for a deal that binds Britain closer to Europe.

Despite May's repeated denials, another group of Britons is hoping that the confusion created if and when MPs reject May's deal will ultimately lead to a second referendum.

The impression for now is that all options are up for grabs.

"Brexit is a massive division," Clarkson said, pointing out that focus groups had revealed family arguments, friendship breakdowns and "an overall mood of pessimism".

A poll by Survation last week of 1,030 people found that the Brexit deal was less popular (37 per cent) than remaining in the EU (46 per cent).

But 41 per cent of the same respondents said they wanted their MP to vote in favour of the deal compared to 38 per cent who said they should oppose it.

"There is a difference between what the public want conceptually and what they think should happen now, relative to the current political situation," said Survation chief executive Damian Lyons Lowe.

The pollster said this contradiction created "an impasse that many believe can only be bridged by returning to the polls in another referendum or election". 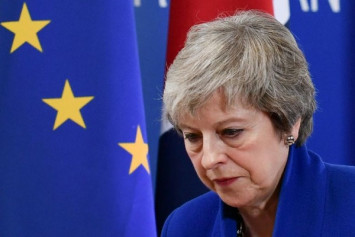 But even advocates of holding another vote admit that the result could be similar to the 52-48 split in 2016.

Starting its case for MPs to approve the deal, the government has argued that most people simply want Brexit to happen and for the country to move on.

Foreign Secretary Jeremy Hunt used the term "BOBs" to describe constituents who are "bored of Brexit".

"They want us to get on with it and deliver Brexit," he said.

"It beggars belief that two and a half years after the referendum, and with just months to go before the Article 50 process comes to an end, we are still no nearer to knowing what sort of future we are trying to achieve," wrote Jeremy Warner, a columnist for Daily Telegraph.

The public debate is dominated by hardliners on both sides, creating "a volatile and unpredictable environment," researchers at King's College London wrote in a recent study. 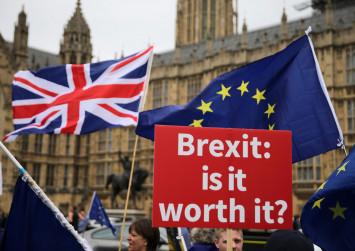 With the government constantly on the brink of collapse, the risk of a no-deal Brexit looming and the prospect of a second referendum in the air, many Britons would agree.